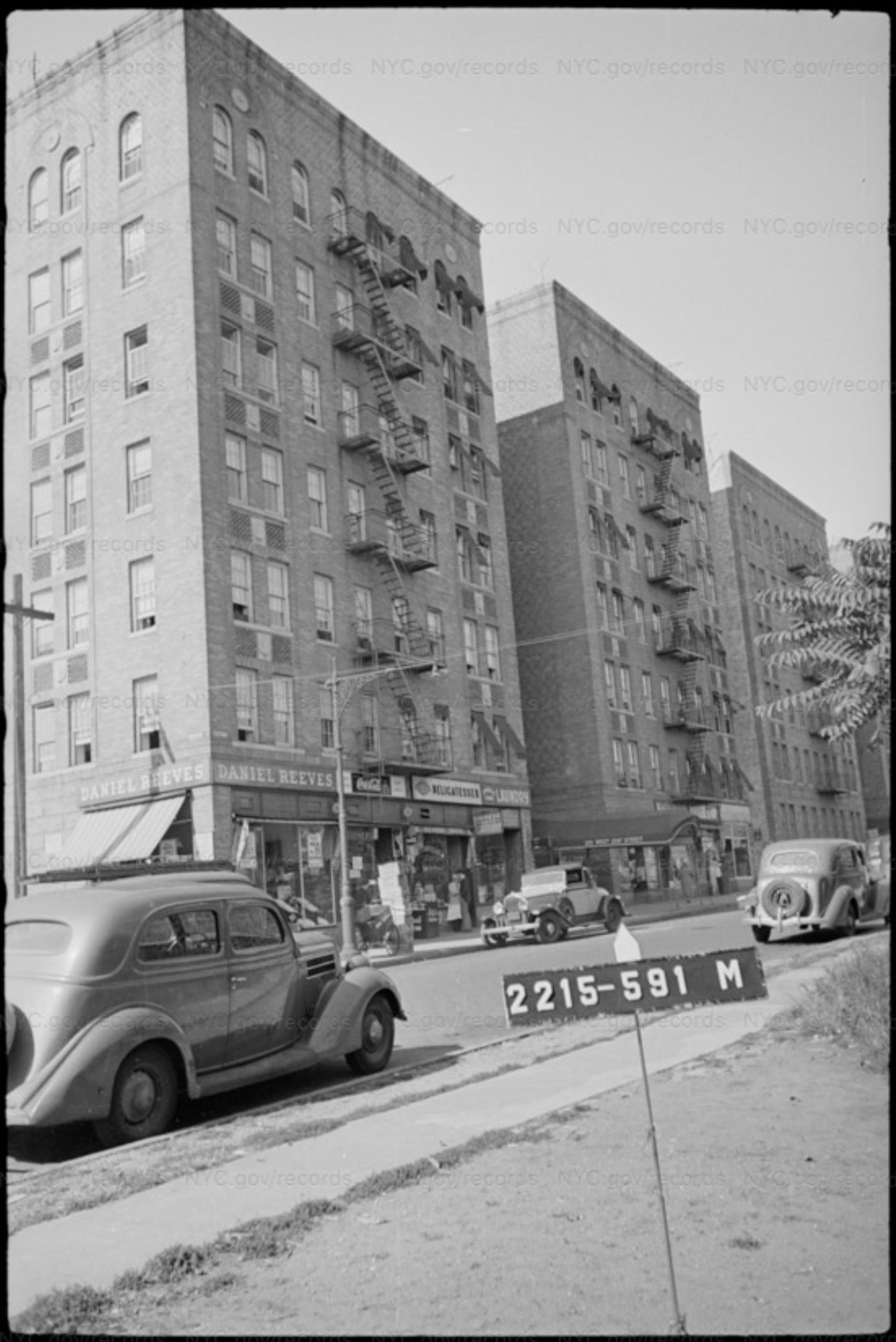 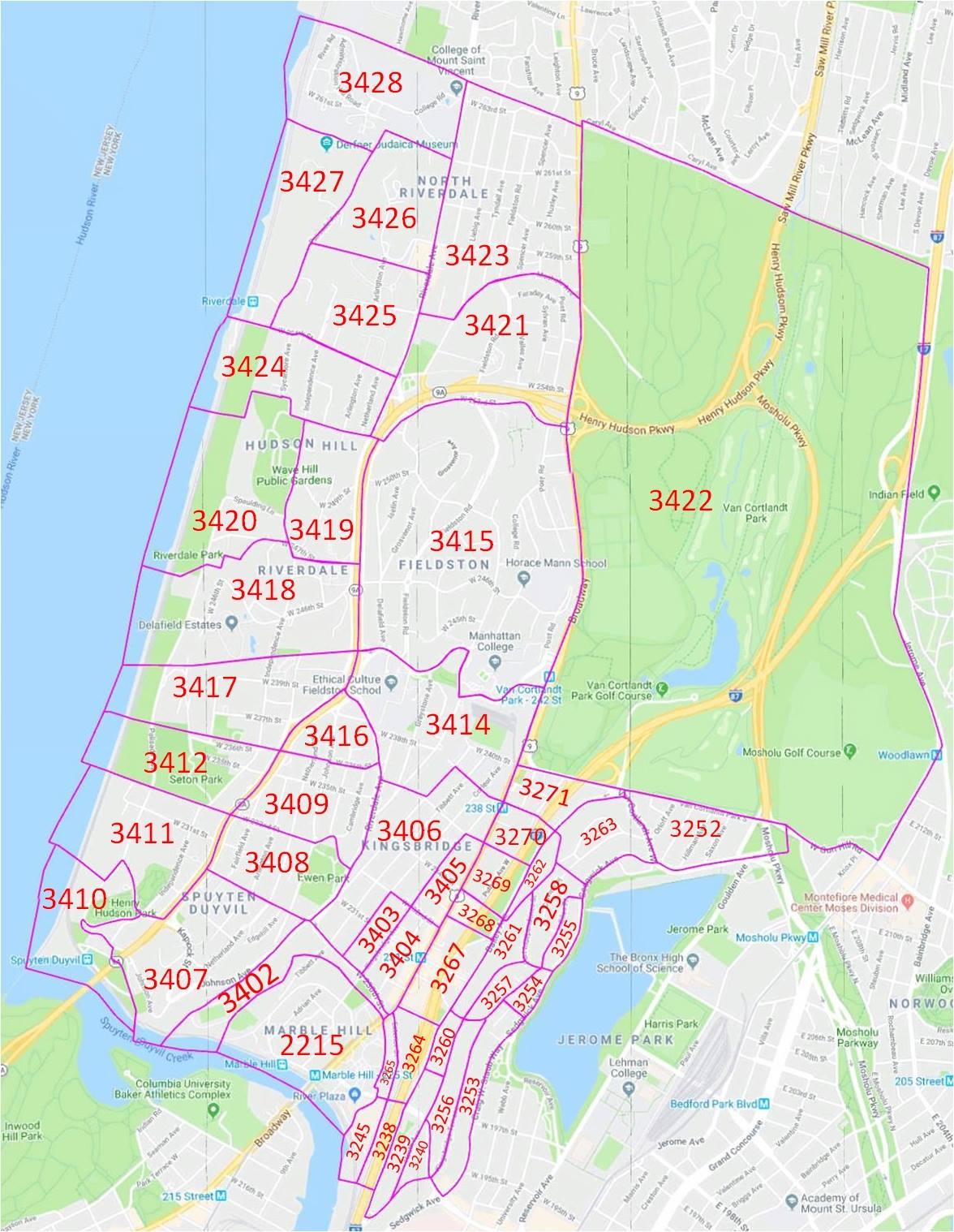 Here is a map which can assist in searching out 1940s tax photos in the Riverdale/Kingsbridge area.
The 1940s tax photos have only been available online for about a year. They are organized via block and lot number, but unfortunately the numbering of Riverdale & Kingsbridge changed between the 1940s and now. Most areas of the city, including Marble Hill, can look up their current block & lot number at the City-Wide GIS map, and use that to search 1940s photos.

Riverdale and Kingsbridge need the block numbers off of old maps, in this case, from the 1938 Bromley Atlas.

The story of how the 1940s photos came to be online is a great read, and explains a lot of why things like addresses are prone to mistakes in the archive. It is a wonder any organizational info managed to stay associated with the original negatives. The block and lot number are usually included in the photo, so can often be more reliable.
Once you have found the block number, go to the NYC Dept of Records archives, and select the appropriate collection, for instance DOF: BRONX 1940S TAX PHOTOS and try a search like block=3404, or a more complex one like block=”3404 OR 3403 OR 3267″. I’ve found searching by block catches pics you might miss if you searched by address and there was an error or omission in the spelling of the address.
Some Riverdale blocks were huge, and were subdivided by letter, like 3423A–3423W. You can delve into those divisions, and also see lot numbers, by accessing the 1938 maps (and others) at the NYPL Map Warper site. A tremendous resource. The more you learn to navigate the NYPL map collection, the more info you can find.
The tax photo above is in Marble Hill, so be sure to select the MANHATTAN 1940s TAX PHOTOS, then search for block=2215 AND lot=591

Some other favorite sources for old NYC photos are…
OldNYC, which offers a convenient way to find geolocated pics from the NYPL
NYPL Digital Collection

Museum of the City of New York

Once I know the location of a photo, I often seek out related photos. 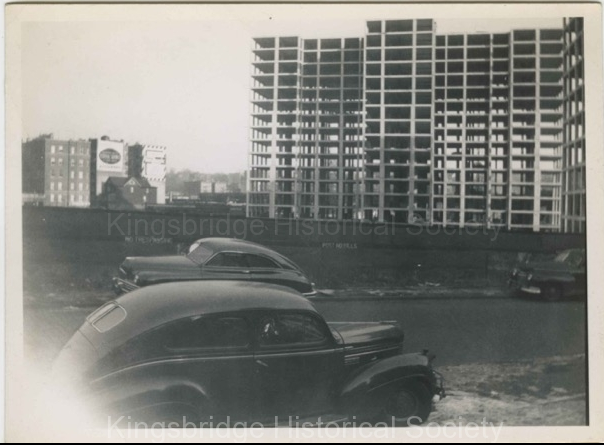 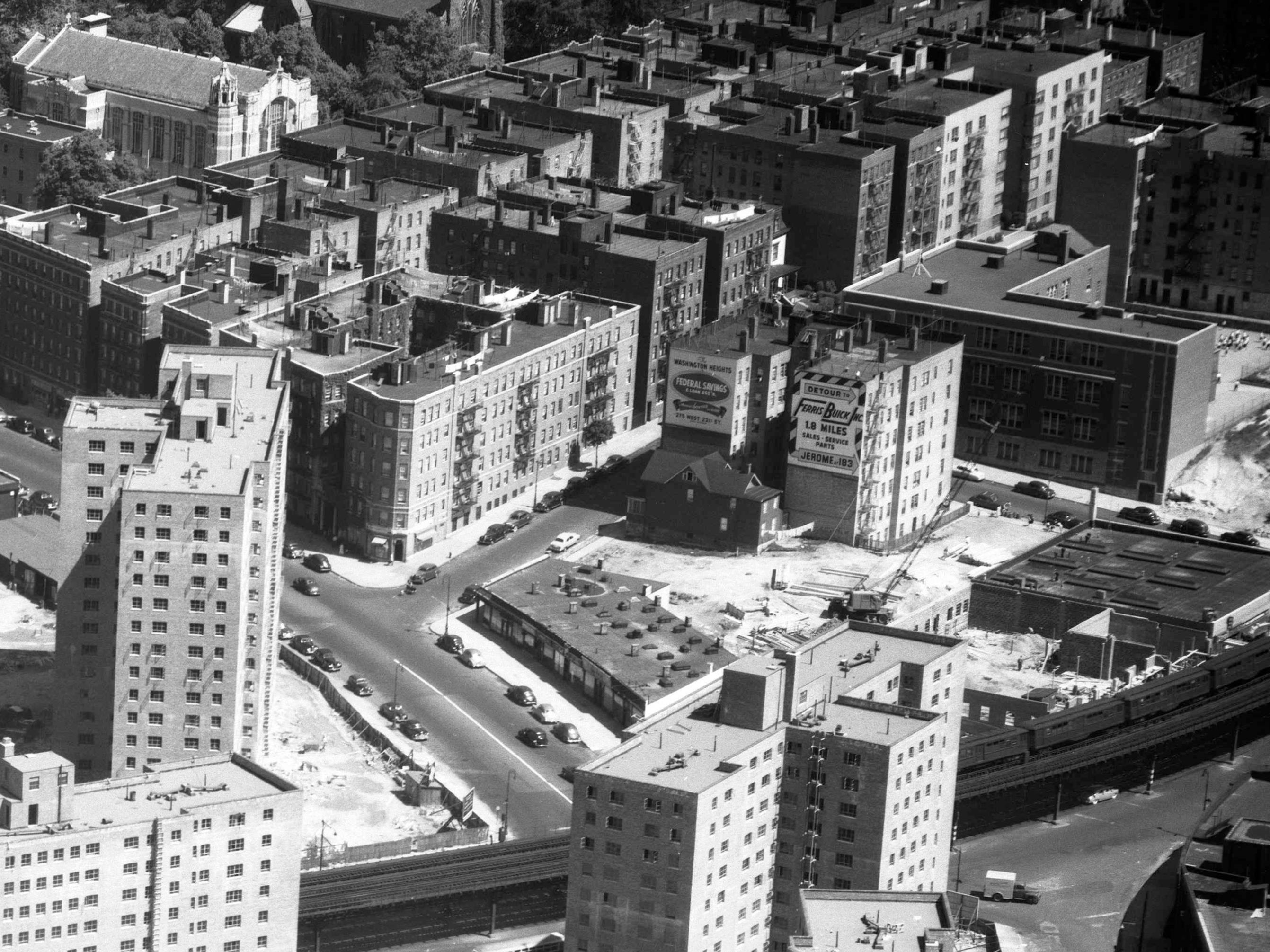 This clip from a January 6th, 1951 aerial photo shows some great detail of the area in the background of the OP. 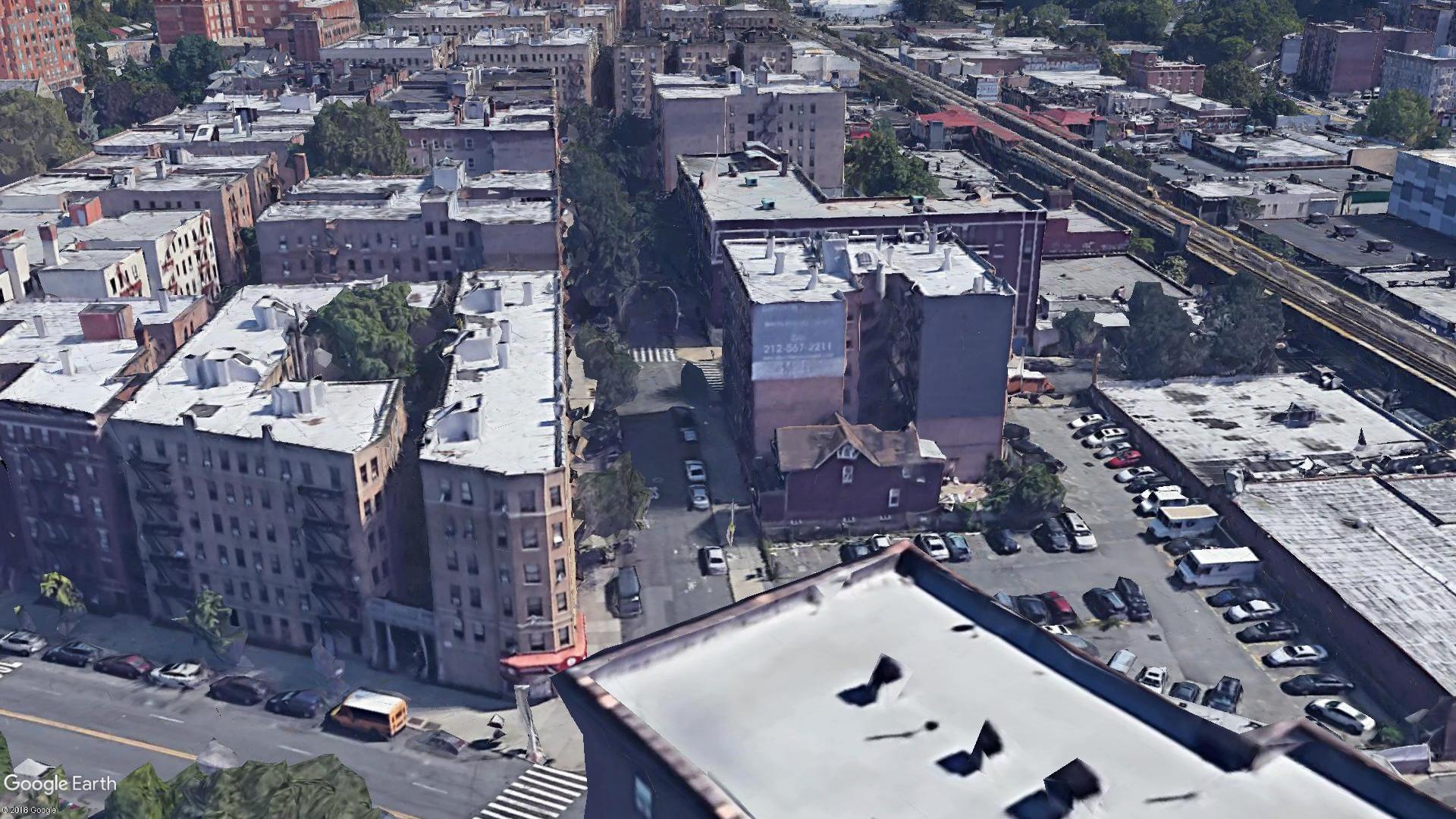 This is a simulated Google Earth view that is the closest I could get to the angle from the OP.

I love that the frame house at 3014 Godwin Terrace is still there. I have been told that this is the same house that was across from The Kings Bridge and that it was moved one block east and rotated 180 degrees at some point in the ’20s or ’30s. I have yet to find verification of this, but it seems likely. 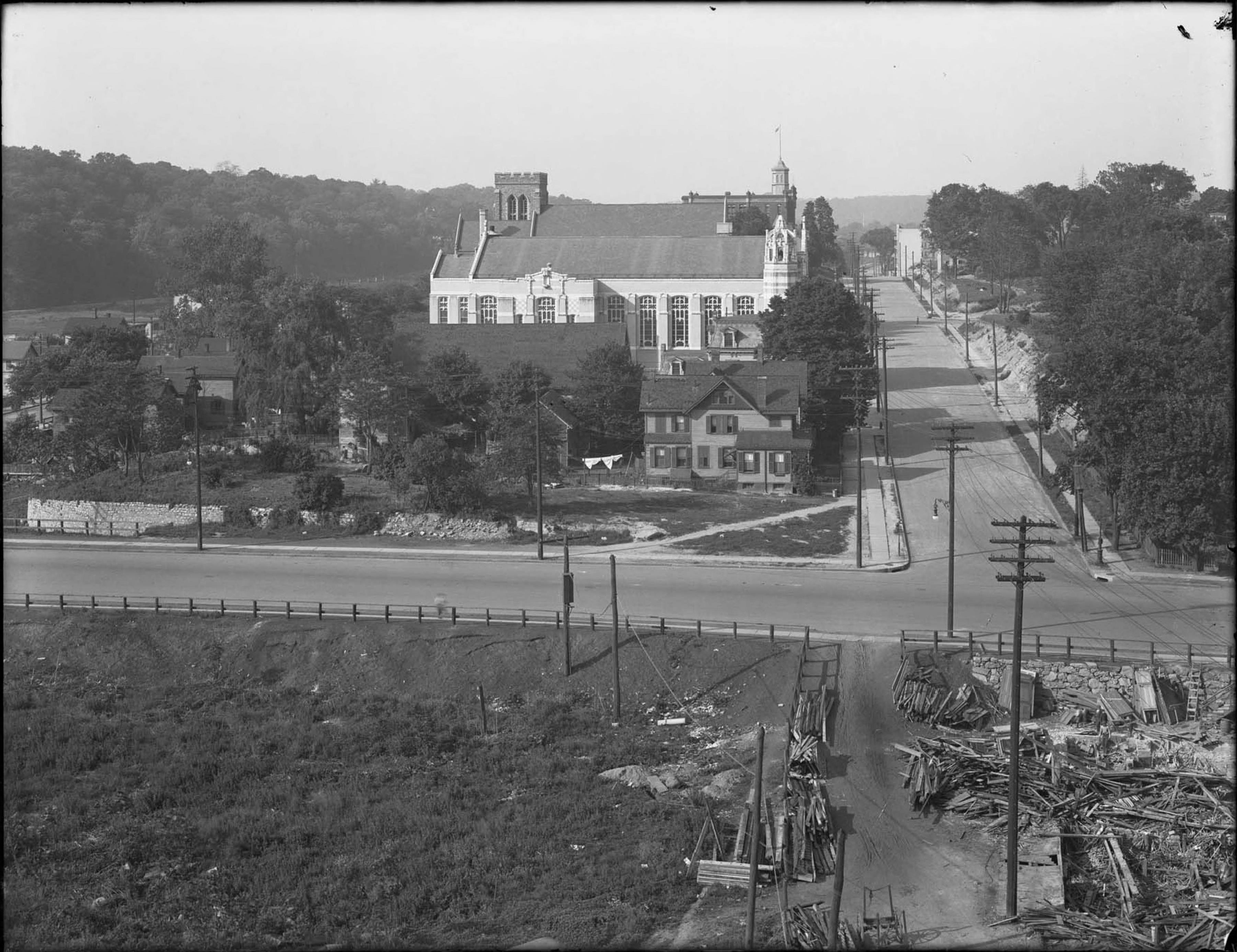 By 1938, the maps show the phone company building there. On a FaceBook Riverdale group, someone said she grew up at 3014 Godwin Terrace and was always told it had been moved one block and rotated to get to its current location. Perhaps there are pictures of it being moved. 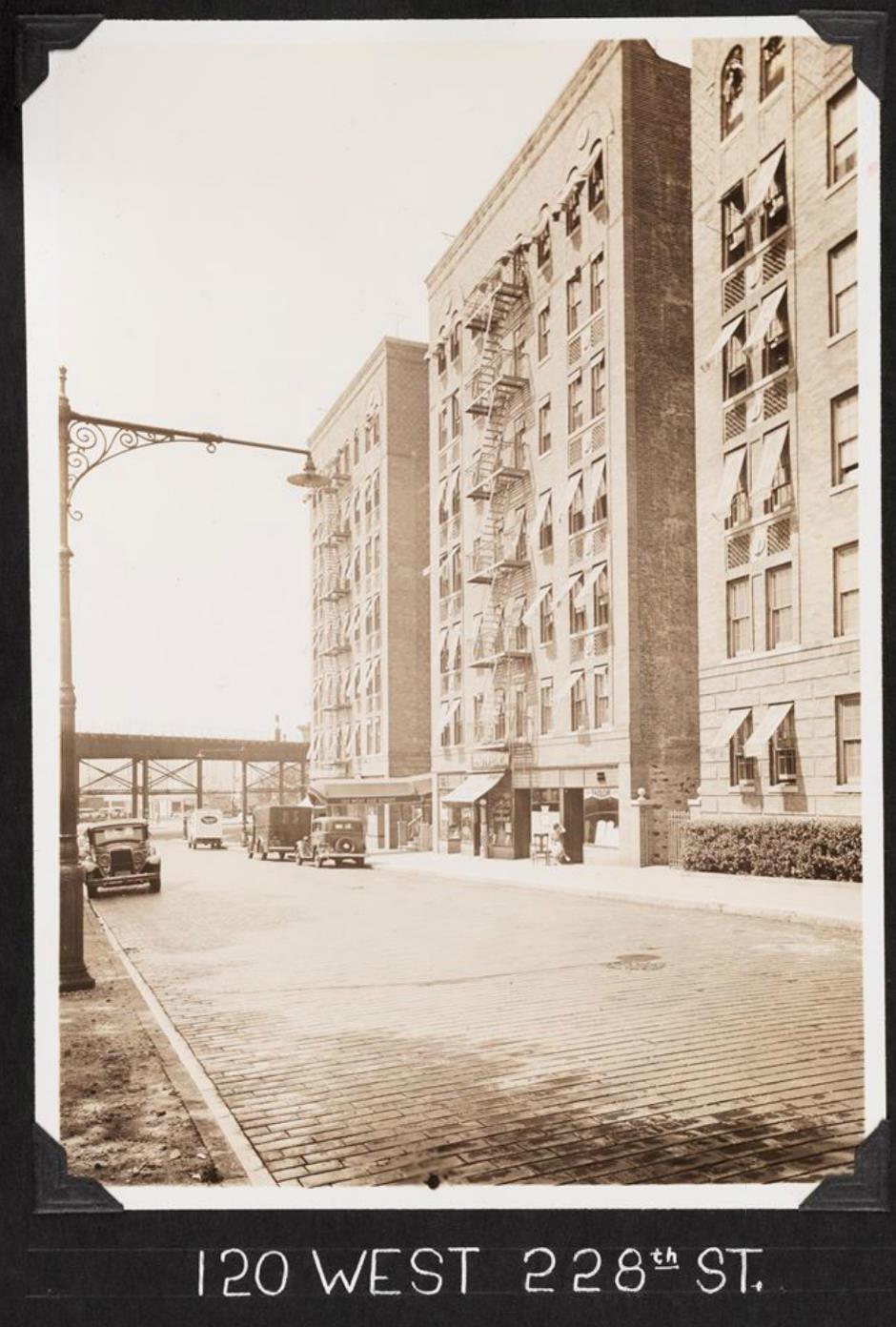 This ca 1940 photo is looking the other way from the OP. 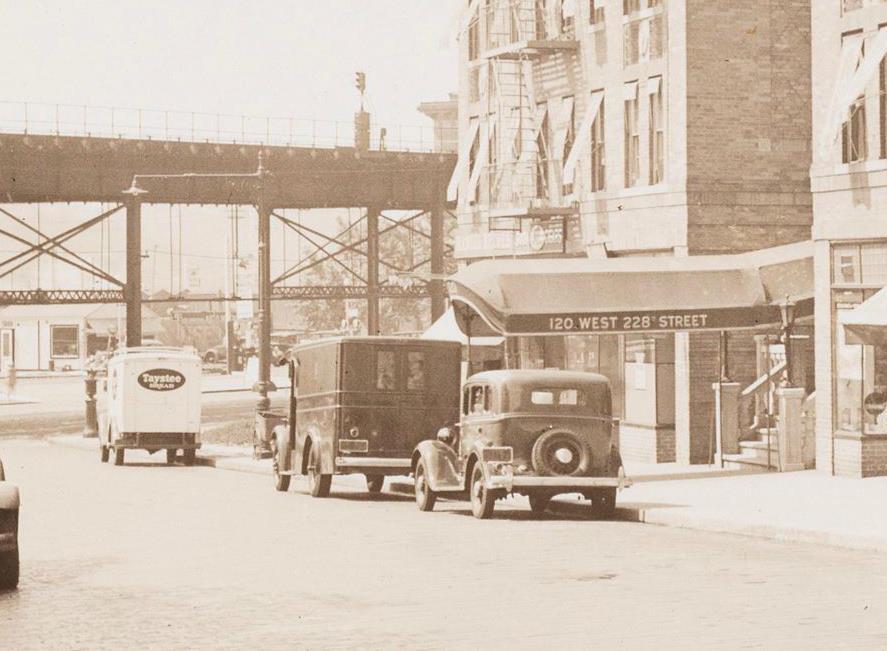 Zoomed all the way in, I believe one can barely make out the Daniel Reeves lettering. At some point soon after it became Lakes of Sligo, which I believe was a bar and possibly restaurant. It appears to have been there well into the 70s.

I noticed that the El supports don’t match up with Nick’s most recent picture. I think the young man in the tartan vest is actually in the Bronx, and I think he is looking at the construction of the Kingsbridge Post Office. 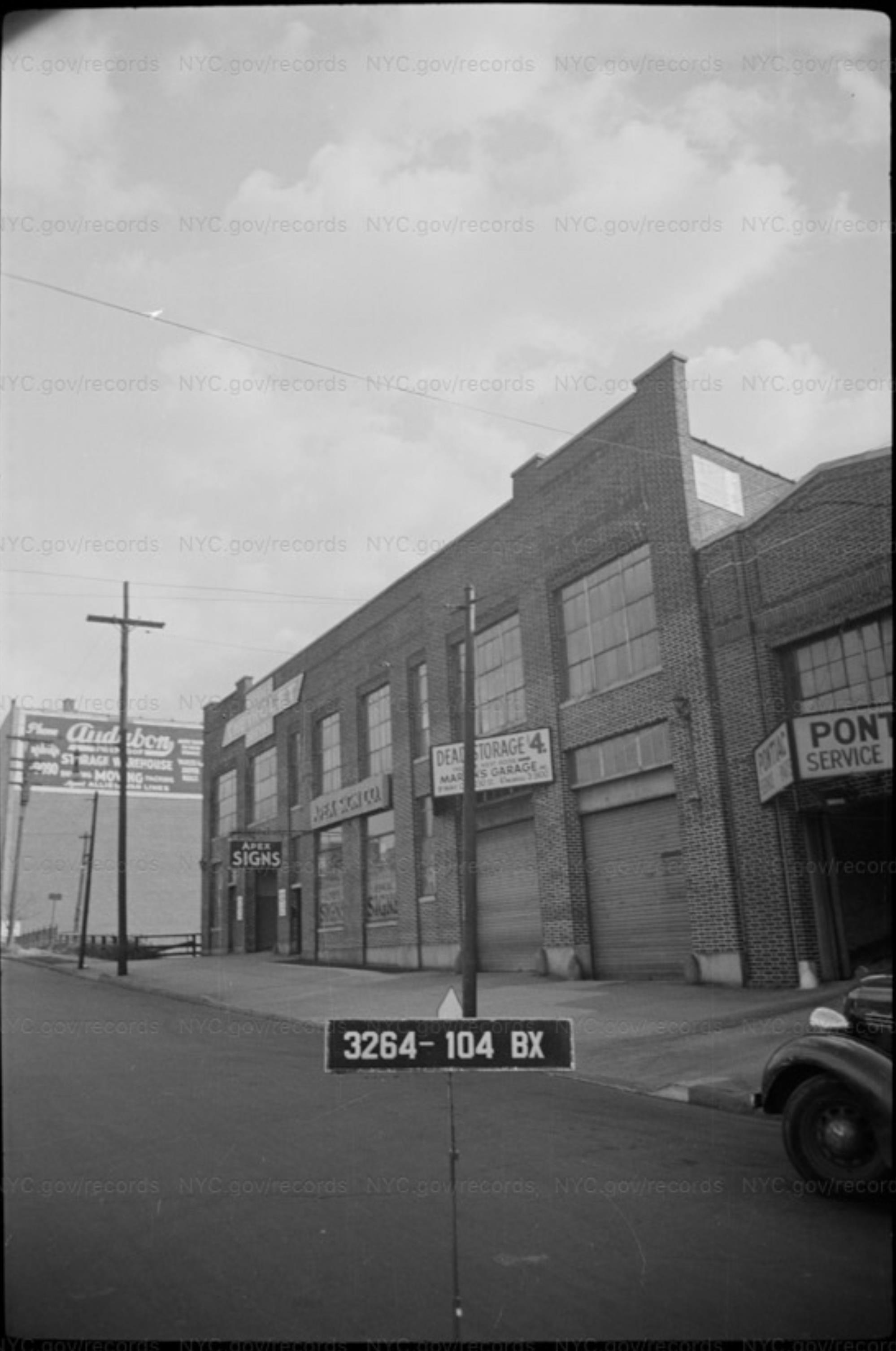 Both photos looking east on 230th St. Notice the Audubon Storage Warehouse building in the 1940 pic, I believe it is also visible behind the Tydol sign in the Kingsbridge PO pic.