As far as I can tell, the Fordham Hill Apartments were completed in 1949, and as they are under construction here, I’d say this is 1948 or 1949.
I see no signs of construction underway for the Marble Hill Houses, which were completed in 1951. I think The Old Bridge Tavern did not survive that construction. It seems to have been replaced by another structure by the time of this Jan 6 1951 photo. 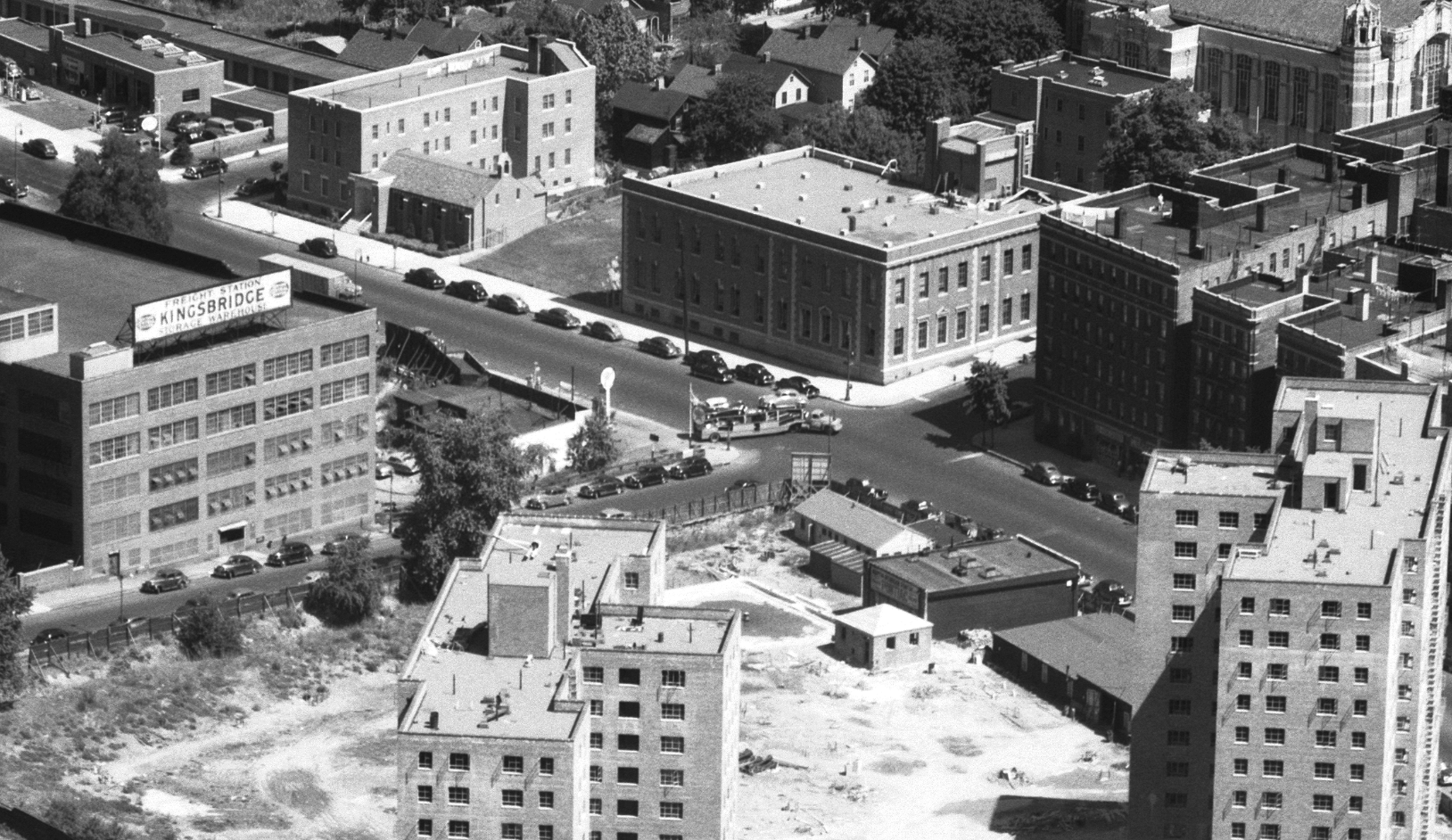 This photo, from Herb Maruska’s collection, credited as 1939, shows the VA Hospital under construction between the original buildings of the RC Orphan Asylum.  This source says the asylum was sold to the Treasury Dept in 1921. 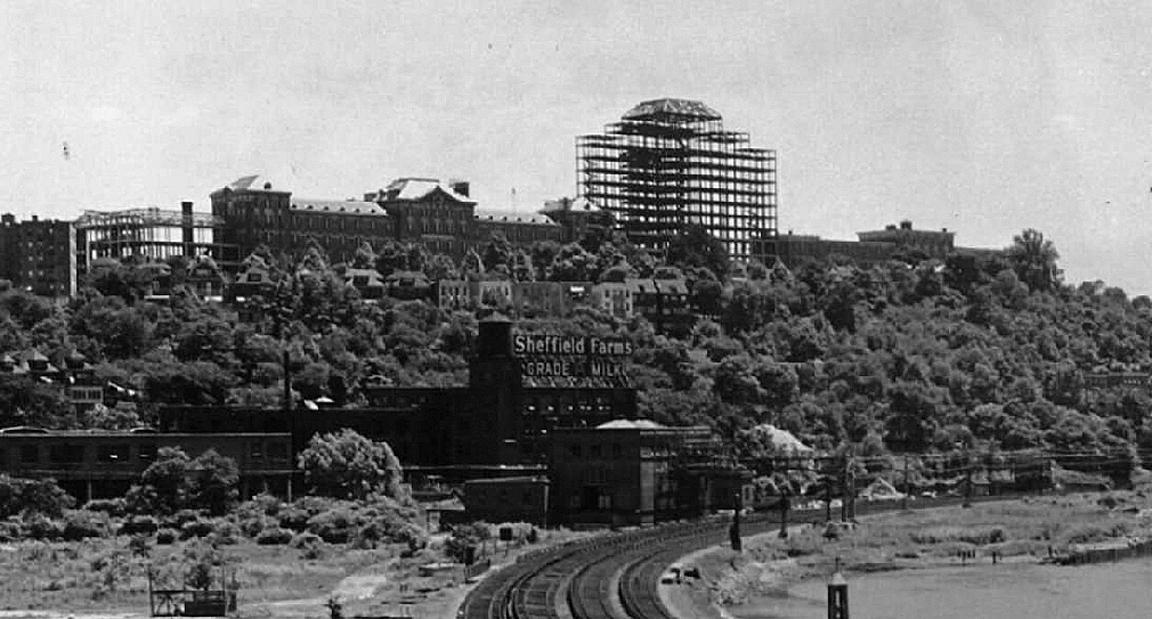 The gasholder shows up in many pre 1950s photos. It was demolished in 1951 to make way for the Deegan Expressway.
The gasholder, the asylum, and Webb’s Academy (demolished shortly before the OP to make way for the Fordham Hill apartments) are great landmarks for old photos of the area.
Here all three are visible behind the Johnson Iron Works in 1918. (Only the south wing of the asylum is visible.) 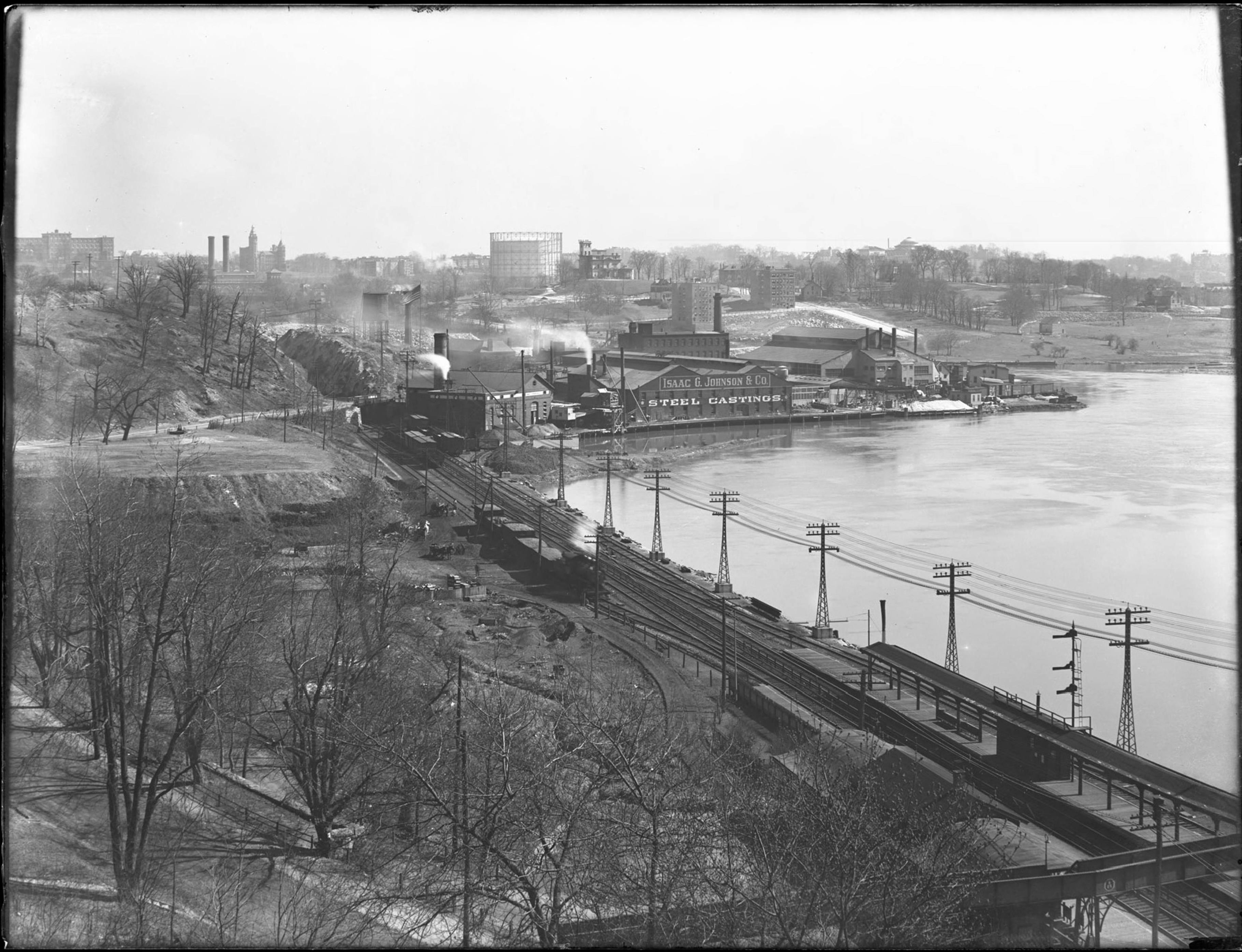 Here is the gasholder under construction in 1911. The view is to the north with Webb’s Academy at the upper right and the Kingsbridge Power House on the Manhattan side. Marble Hill is in the distant center. I don’t know what part of construction needed all these folks, but it looks like a ballet. 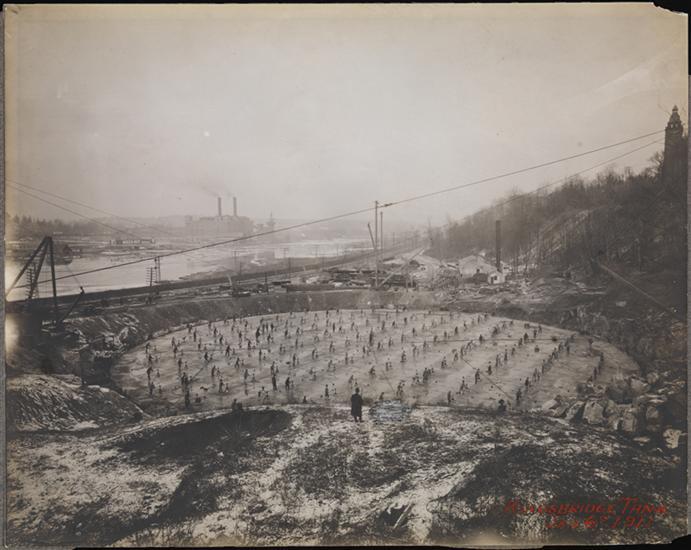