As a Juneteenth update, I have found a few more things since my article about the enslaved people on Van Cortlandt Plantation:

1) The date in the article’s title, 1698, comes from the first record that I could find indicating the presence of enslaved Black people here.  Since writing the article, I found an earlier record in the estate inventory of George Tippett, who lived near today’s Van Cortlandt Lake:

George Tippett left a debt to “Barns Course of N. yorke for one neagro.”  The date of this estate inventory is 1675.

2) I also found a reference to an enslaved man named Sam, who was held by Frederick Van Cortlandt–the first owner of the Van Cortlandt House in the park.  Sam was caught up in the slave rebellion of 1741 in New York City.  The story of what happened during the rebellion is quite complicated as the subsequent trial turned into a witch-hunt.  Historians are divided as to what extent the rebellion plot was real or imagined.  The published manuscript reveals that Sam confessed to recruiting other enslaved Black people in the plot.  Many of the alleged plotters were burned at the stake or gibbetted.  Sam was exiled to the island of Madeira as punishment.  Below are some sections of the manuscript that was published after the trial.  For an exhaustive history of this rebellion and trial read <span style=”text-decoration: underline;”>New York Burning</span> by Jill Lepore. 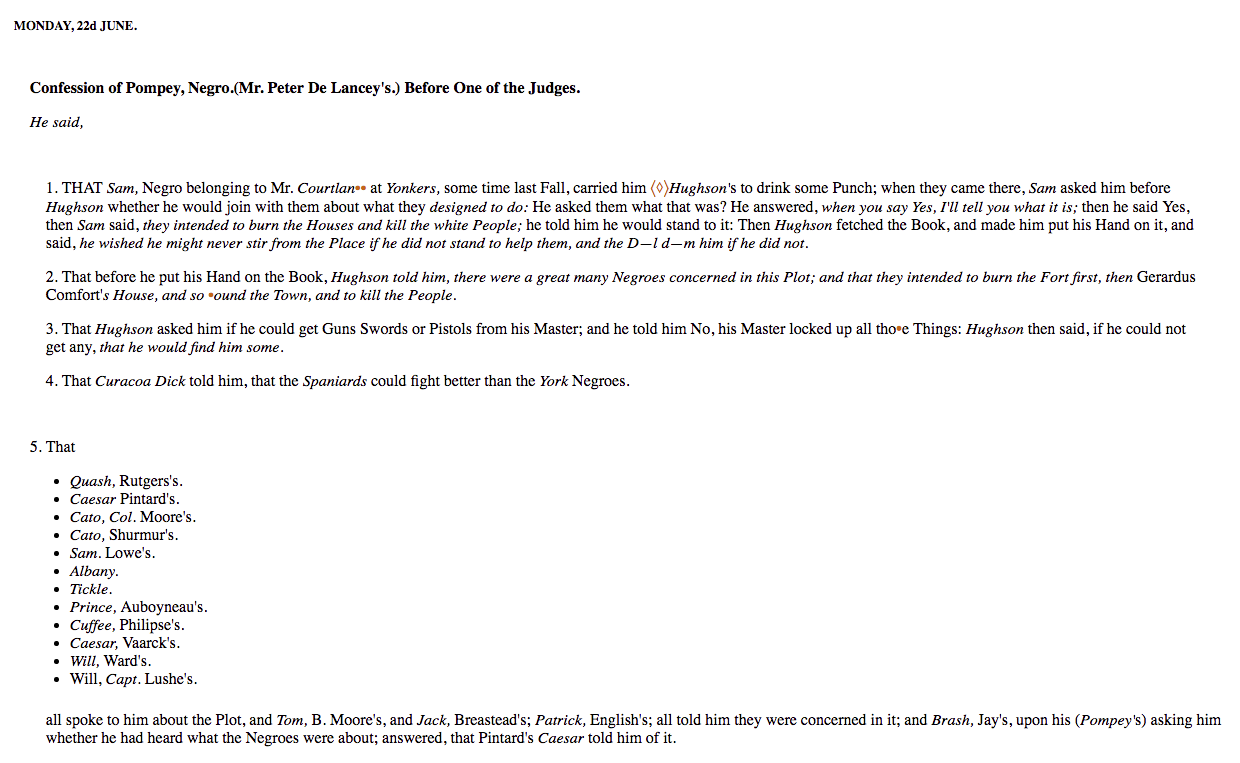