I love the way that map shows that the pitcher and the outfielders would have been in different boroughs.  Reggie Jackson and Mickey Mantle would have been Bronx Bombers but Yogi Berra and Whitey Ford… not so much.

I also like the newspaper clipping with the Poe reference–great find, Don.  According to that article, the Kingsbridge Tavern had been in existence for 100 years–dating it to approximately 1813?  If that is the same “hotel” indicated on the map shared by Tom, then it surely had to have been a successor to Hyatt’s tavern, right?  That means it would have been older than stated in the article unless the previous structure was knocked down in favor of a newer building. 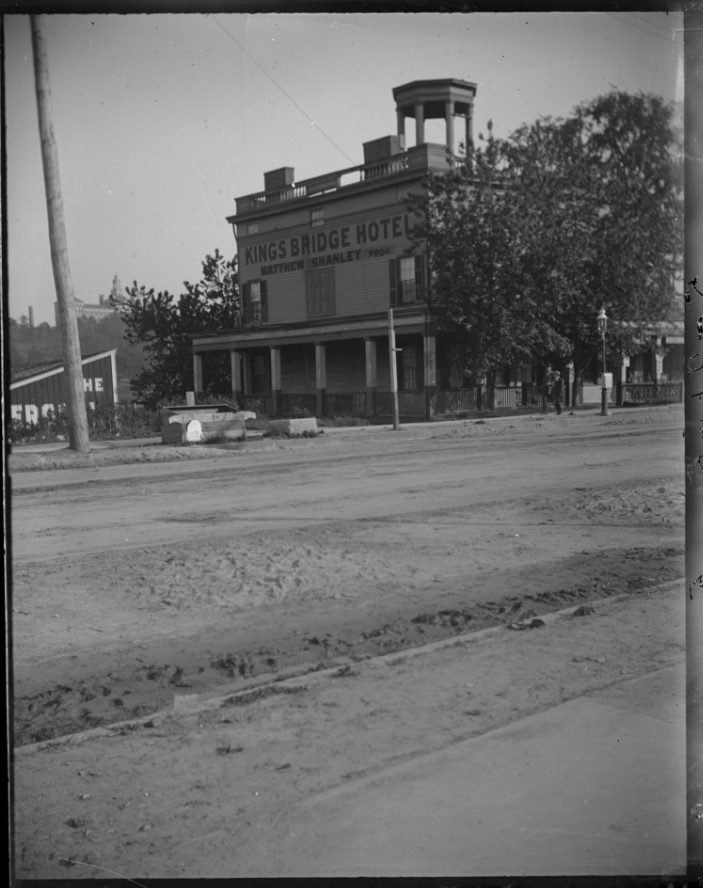