Reviving this old thread, I found this postcard on eBay of “The Locust Grove, Van Cortlandt Park”–the same one that Stephen Jenkins referred to in the above quote.  I remembered reading about the locust grove in Thomas Henry Edsall’s History of the Town of Kings Bridge as well. 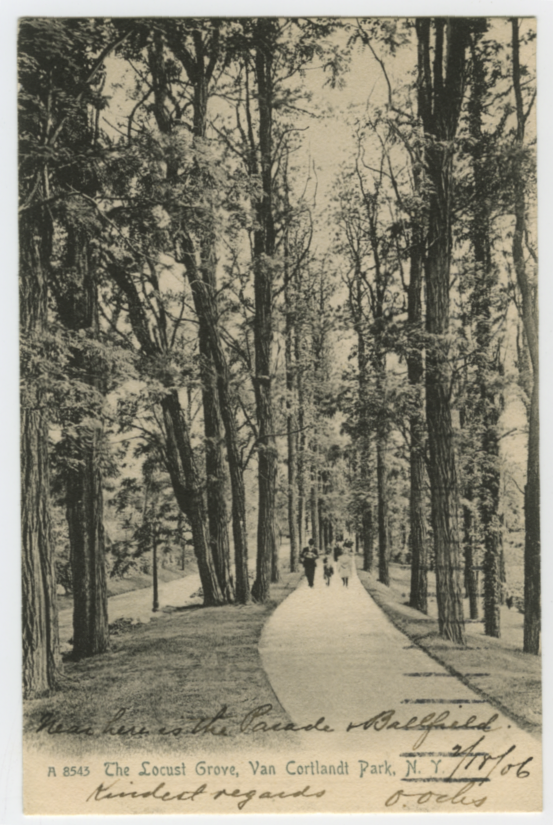 This is what Edsall wrote on page 5 of History of the Town of Kings Bridge:

“It is probable that [Van der Donck’s] house was on the flat, and located, perhaps, where the old house of Jacobus Van Cortlandt afterwards stood until the early part of [the 19th] century.”  A footnote added “Its site was just behind the present grove of locusts, north of the Van Cortlandt Mills.”

This “flat” is the area south of the tennis courts just east of the path with the stone wall.  The house of Jacobus Van Cortlandt that was in that area is depicted on maps like the one below.  The house Edsall referred to is indicated by the square dead center–to the east of the path and to the north of the mills.  It is a place where parks workers found early colonial artifacts. 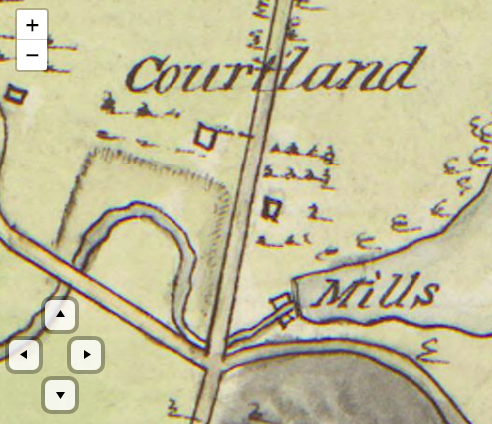 In her response above, Catherine Minty wrote that this house could have belonged to George Tippett and I believe she is correct.  Tippett was one of the settlers that purchased lands from the widow of Van der Donck.