Yes, that’s a great photo, Zach.  Here is a similar one from a postcard: 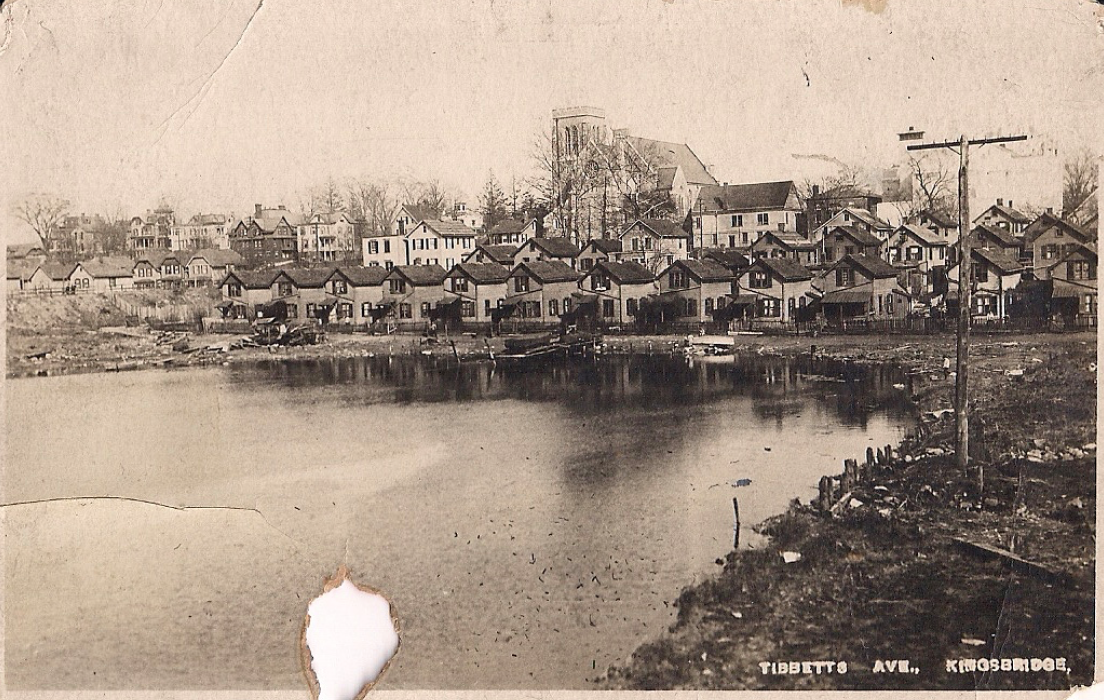 The sewers, which you can see were built above street level in that earlier photo of Corlear, were something people in the neighborhood were clamoring for.  And they took a long time to build.  Before I saw the photos of manholes sticking up in the air like chimneys, I figured they probably dug below street level for the sewers.  But Kingsbridge was already prone to flooding so it made more sense just to raise the whole neighborhood up.  Here is a photo of W. 231st Street looking East from Broadway with Bailey Ave in the background.  The manholes look like they are about 10 feet above street level: 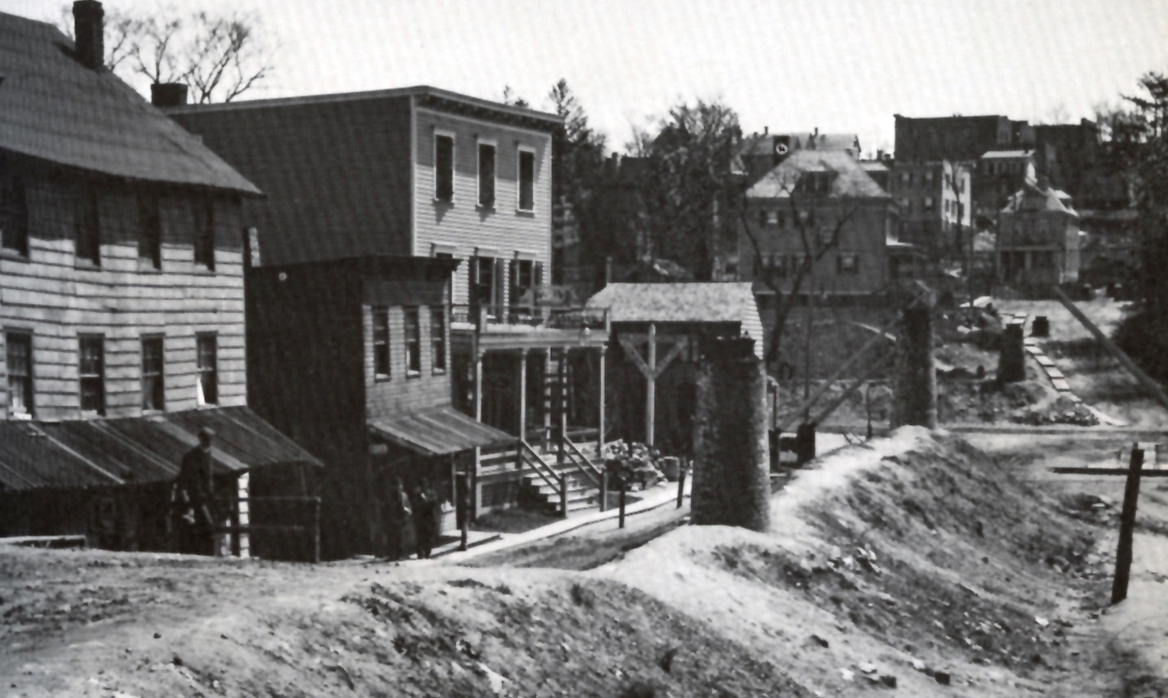 Here’s one looking south from the part of Riverdale Ave above the retaining wall: 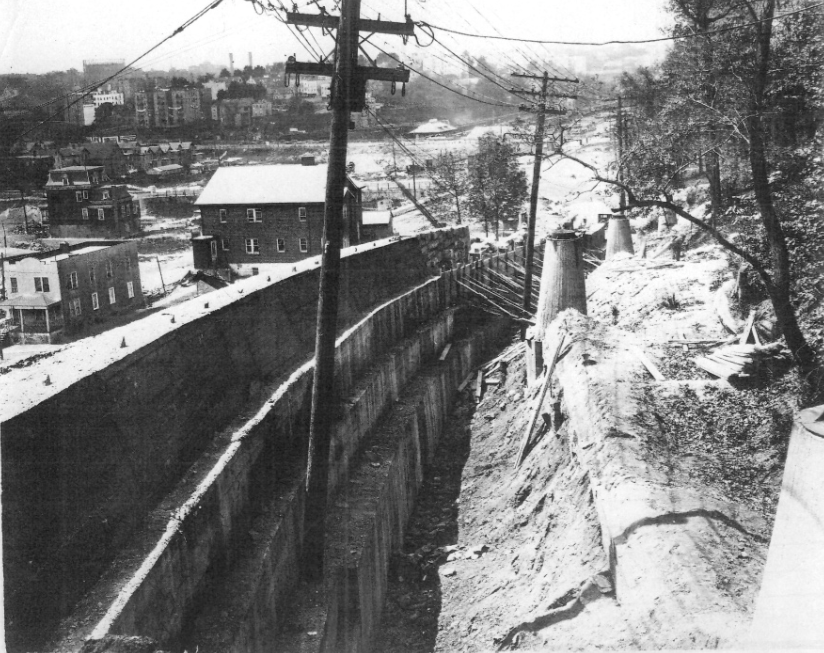 Here’s another of Albany Crescent looking north (as far as I can tell anyway): 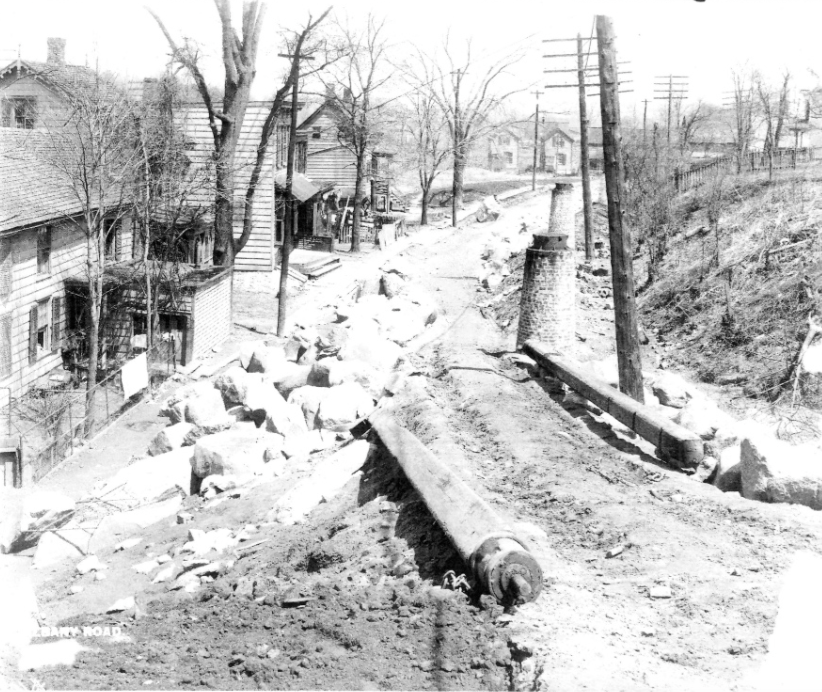 Like many construction projects in NYC, building the sewers took forever and went over budget.  This is from the September 10, 1905 New York Tribune: 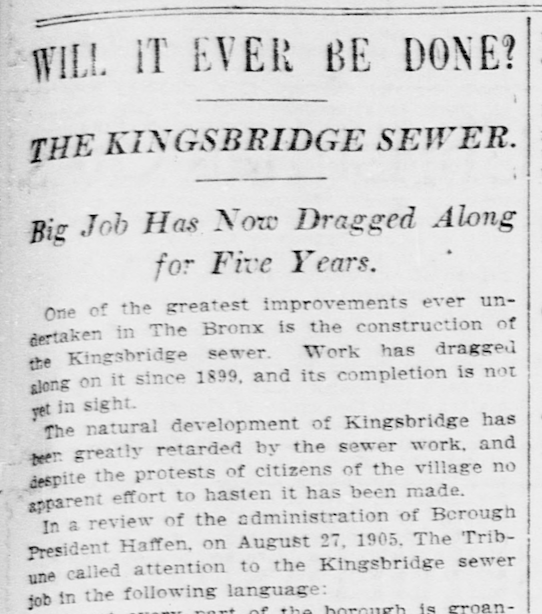 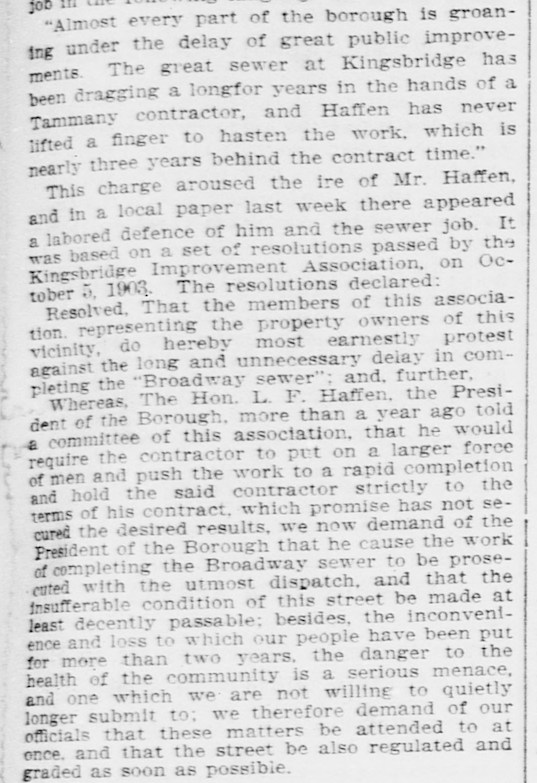 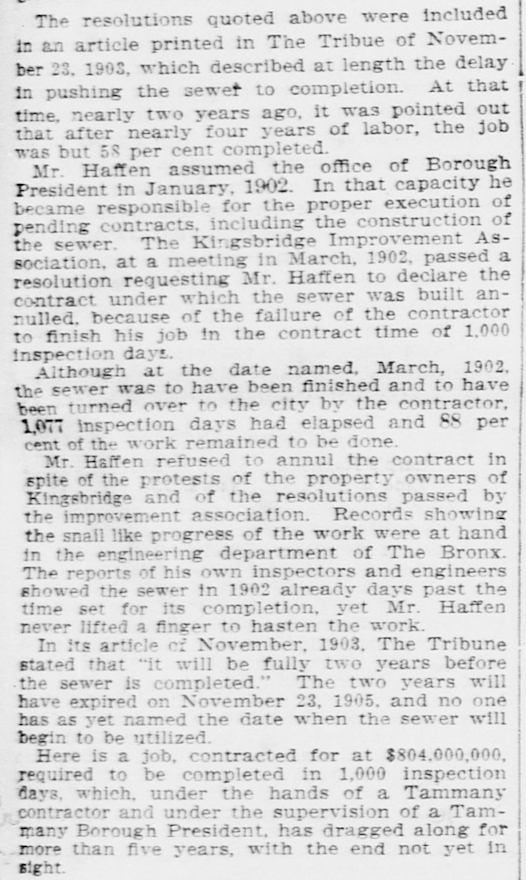