The article I wrote about Van Cortlandt Plantation suggests that a free Black man that lived in the neighborhood named Peter Pierson could have been a descendant of Piero, the miller who worked on Van Cortlandt Plantation.  I just came across a document that casts some doubt on that theory.  In 1812, Alexander Macomb, who owned a good portion of Kingsbridge around today’s 230th Street, manumitted a man named Peter Pierson.  So, the Peter Pierson who shows up in the census in our neighborhood could have been held by Alexander Macomb as opposed to the Van Cortlandts. 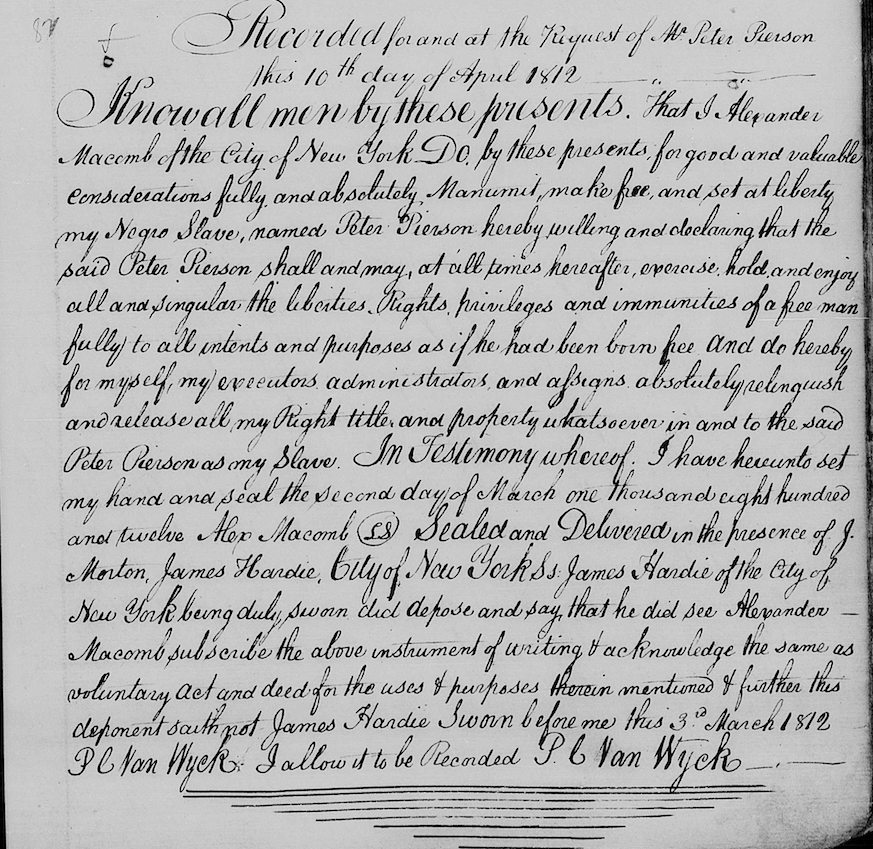