Once I knew several were still standing, that made it a lot easier. I was able to recognize the parapet rooflines of 5582 and 5590 Broadway in 1940s tax photos.
Great photo!
I’m a lucky owner of Tieck’s Riverdale, Kingsbridge & Spuyten Duyvil book and sure enough, on page 108 he describes “the immense Broadway twin sewer” that was laid about 1900.
So, intersection is Macomb St (231st) and Broadway, looking north on BWay ca 1900.
The frame house at the right was replaced shortly after by the 5 story building shown in this 1916 pic with the sign on it
https://cdm16694.contentdm.oclc.org/digital/collection/p16124coll2/id/27564 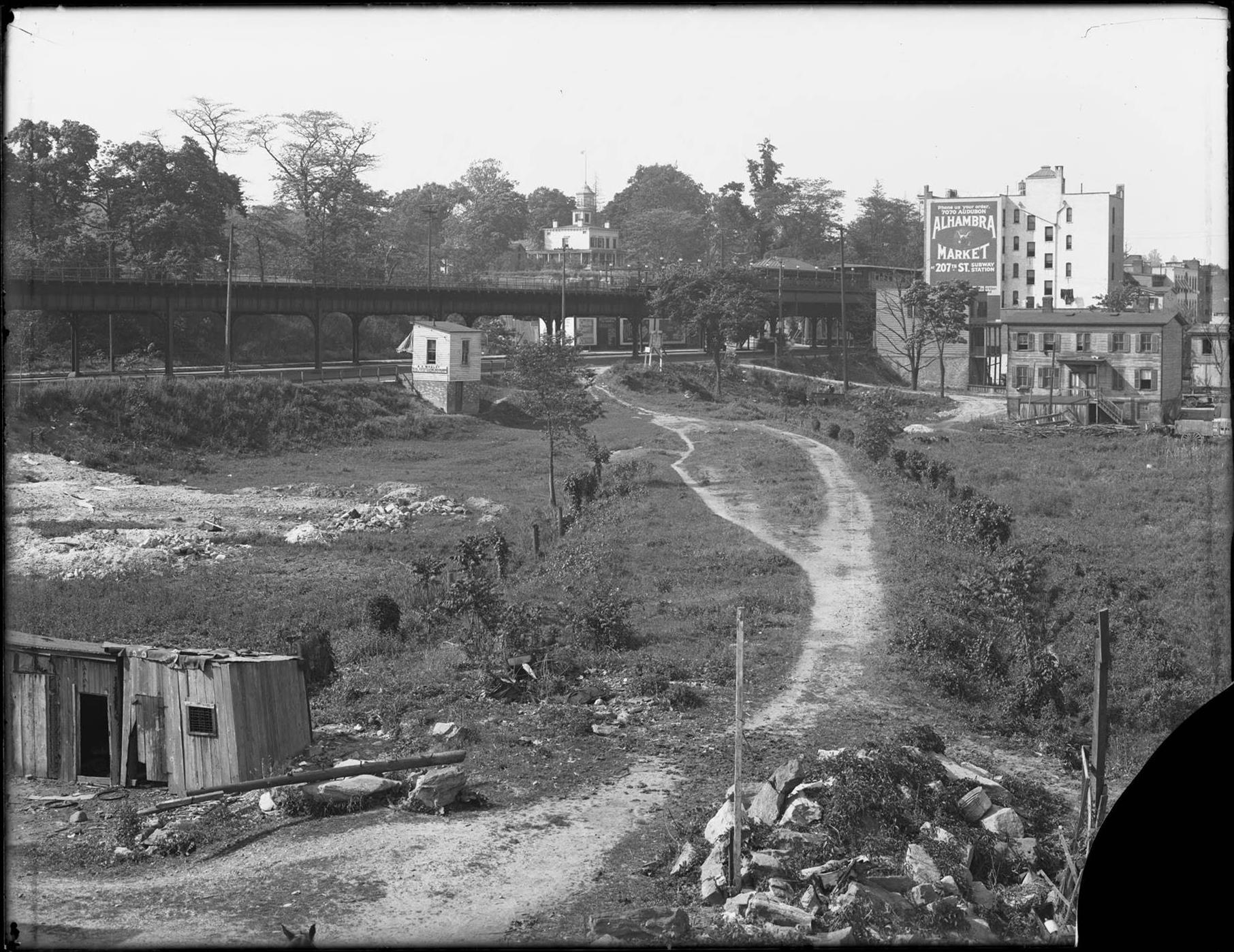 Going right to left from that frame house in the original photo we have 5580, 82, 86, & 90 Broadway, all still standing and easily recognizable today.
After that it is trickier to see in the blurry background, and according to Tieck those wooden frame buildings were all raised one story to be at street level after broadway was raised. I’d guess we are looking at them BEFORE they were raised up. At least three of them should still exist, including 5610 Broadway, which was the original location of Fuhrman Brothers, though I can’t distinguish them enough to sure which one it is. Here is what it looked like ca 1940
http://nycma.lunaimaging.com/luna/servlet/s/8b33rg 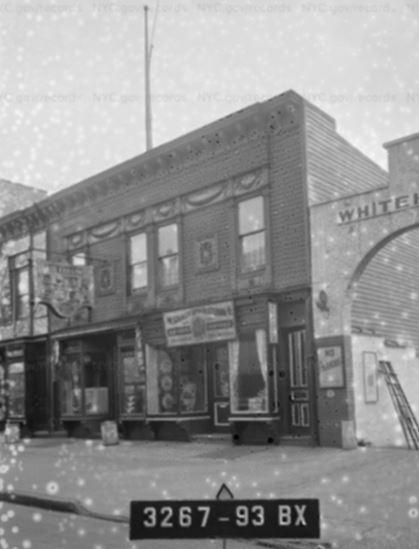 I’m a member of a Facebook group dedicated to solving mystery NYC photos and I had this one on my list of possible ones to submit.
Thanks for posting, I’d come across this one before and wanted to know where it was. Knowing it really was Kingsbridge area, and particularly knowing several buildings still existed made it solvable.
I had no idea there were pipes like that running under Broadway, but it is a great piece of the puzzle of understanding the huge changes to the area that make it often hard to picture what was where. The raising of the terrain can be particularly tricky, and I like how this pic makes it clear that Broadway was raised before some of the surrounding areas, which explains why raising the terrain still left the El as elevated as it still is.