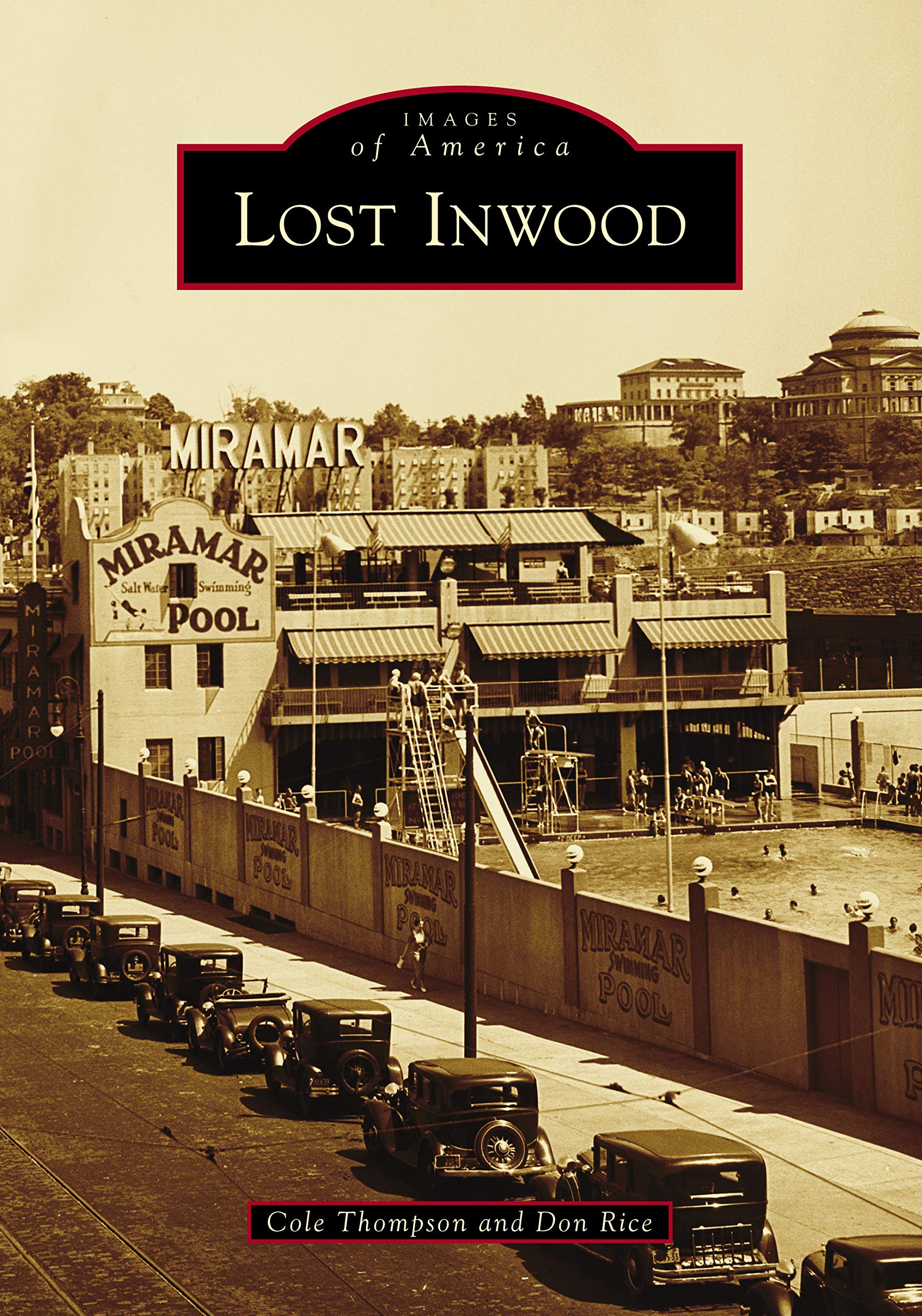 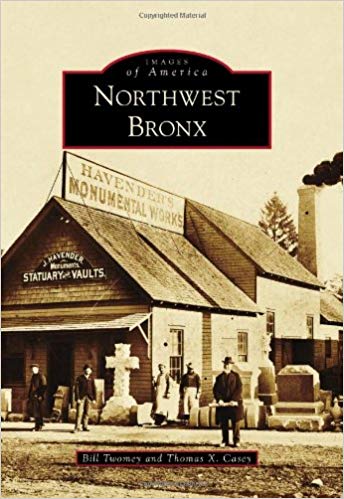 Thursday – October 17, 2019  7:30PM
Local historians Thomas Casey and Don Rice will talk about their respective books, Northwest Bronx and Lost Inwood.  Both authors will have books available for purchase and signing.  Meeting will be held at The Riverdale Neighborhood House at 5521 Mosholu Avenue. 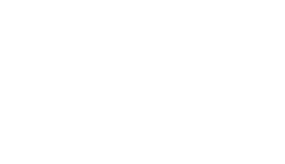 The Van Cortlandts of Lower Yonkers
A Free Presentation by Nick Dembowski
President of the Kingsbridge Historical Society
Thursday, May 16th @ 7:00 PM
At the historic Van Cortlandt House Museum in Van Cortlandt Park 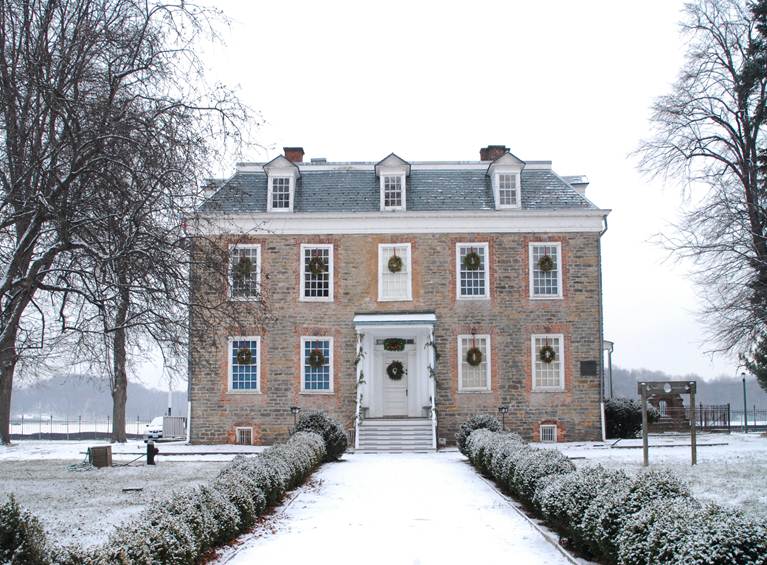 The Van Cortlandt family was one of the most prominent in the history of The Bronx.  Their wealth and influence left behind a legacy that is visible in the street names and landmarks of the area.  But just who were the Van Cortlandts anyway? Unlike many prominent early Americans, they did not leave behind journals nor much correspondence to shed light on their story.  But some informative maps and documents do exist–scattered in various archives and libraries around New York and beyond. These fragments begin to reveal how the Bronx contingent of this family amassed their wealth, expanded their estate, and navigated the turbulence of the American Revolution.  New research and rarely-seen maps reveal the early landscape of today’s Van Cortlandt Park first seen by Jacobus van Cortlandt in the 17th century. Topics discussed will include:the American origins of Santa Claus, Adriaen van der Donck’s homesite, and the Van Cortlandts’ debt to a female single-mother-turned-merchant in New Amsterdam.  Not to mention Washington at the Van Cortlandt House, beaver-pelts, Native Americans, the first Africans in The Bronx, and the plantation that would become today’s park.  Join us at the historic Van Cortlandt House Museum for a visual presentation by Kingsbridge Historical Society president, Nick Dembowski, as he pieces together the clues to understand the early history of Van Cortlandt plantation and the people who lived, labored, and visited its historic grounds.
Free parking is available near the entrance to the Golf Course on Van Cortlandt Park South (take the I-87 entrance and stay left to enter the park).

The Below Meeting has been rescheduled for Thursday March 21st @7PM.

A Photographic Tour of the Village of Kingsbridge

a Free presentation of: 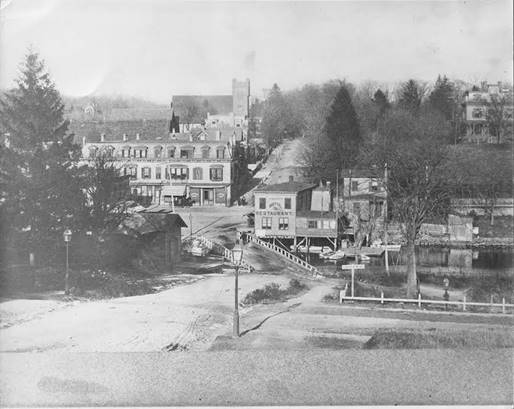 Kingsbridge was a sleepy and active village at the turn of the 20th Century.  Tidal action at high times created an island of Kingsbridge or Paparinemin as native Americans called it.  The presentation will use over 150 photos that each are over a  hundred years old  from the photographic collection of the Kingsbridge Historical Society (KHS).  Attendees will not only learn some history but also about the geography and architecture of the long lost Village of Kingsbridge. Meeting will be held at the Riverdale Neighborhood House  Thursday March 21st at 7 PM.  The public is invited, come early for a good seat.  Street parking is available.  Please check the KHS website if weather is a concern at Kingsbridgehistoricalsociety.org . 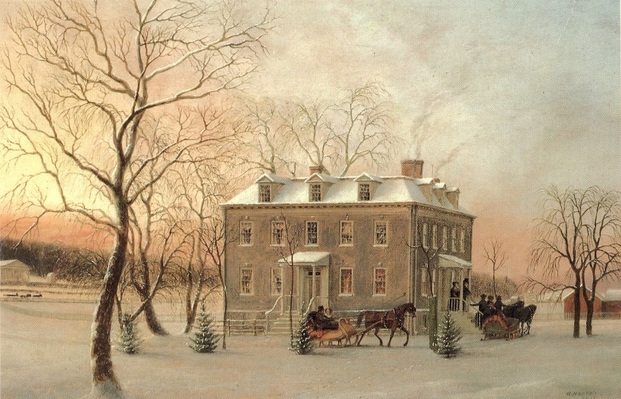 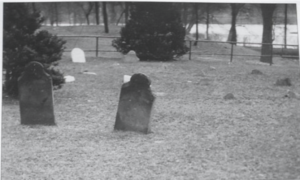 Van Cortlandt Park has been the last stop and End of the Line but not just for the # 1 subway.

About 18,000 Years ago the last glacier wore down the soft marble bedrock giving us the expansive Parade grounds of today’s park.  For almost 10,000 years Native Americans made the Parade Ground their permanent home–leaving artifacts and burying hundreds of their family members under and around the parade grounds.

Adrian Van Der Donck, the rebellious Dutch settler for whom Yonkers is named, was killed during a war with Native Americans and is likely buried close by his homesite in today’s park.  The next earliest owners and settlers, the Tippett and Betts families, also lived and farmed in today’s park.  Their hidden burial ground lies just yards from the oldest house in the Bronx, the Van Cortlandt mansion, built in 1749.  Rediscovered historical evidence suggests that the park was once home to a large number of enslaved Africans, who played a large part in the development of the area.  Newly found documents suggest the location of their burial ground, which will be featured on the tour.  The Van Cortlandt family’s secluded burial vault, which played a top-secret role during the revolution, will be a stop on the tour as you learn what brought British, French, German, and American soldiers–including George Washington–to the property.

The is much more to unearth in Van Cortlandt Park’s past.  Come spend an hour or two in the fresh fall air and learn more about these buried treasures.  Some are quite fitting with Halloween approaching in just a few weeks.

This tour will also be the End of the Line for the Kingsbridge Historical Society’s President, Peter Ostrander.  Peter has been the President for the past 30 Years and will now be the President Emeritus.  After extensive vetting and background checks, Nick Dembowski will take over as the Society’s new President.  Nick had been the Vice President and the society’s webmaster.  So if you’re coming out for the tour, and we hope you do, please congratulate our new President.

We will meet at the front gate of the Van Cortlandt Mansion on the lip of the Parade Ground. We will start assembling at 11:00 and start out soon after.  If you come a bit late, no worries, just look for a large crowd in vicinity of the Mansion. Everyone is welcome and the tour is free.

In case of rain, please check our webpage for updates at:

By Car – there is free parking available at the Van Cortlandt Golf Course south parking lot. It is the 1st lot on your left. Walk west past the Lake, over the old Putnam track East to the Mansion.

The Natural History of

In the event of bad weather, please check this site for rain date information.

Hundreds of years before city buses and livery cabs clogged West 230th Street and Broadway, Native Americans pulled fresh oysters out of the creek that once flowed there.  Join the Kingsbridge Historical Society at a presentation by Eric Sanderson, Senior Conservation Ecologist at Wildlife Conservation Society and author of Mannahatta:  A Natural History of New York City, as he uncovers the original natural ecology of the area around Kingsbridge, Riverdale,Spuyten Duyvil, Inwood, and Marble Hill.  For years his group at the WCS worked to uncover the natural ecology of Manhattan as it first appeared to Henry Hudson in 1609.  But more recently, using sophisticated computer models and rarely seen historical maps, they have focused on our part of The Bronx and are developing a picture of the interconnected web of plants, animals, humans that once existed in this neighborhood.  Rediscover this lost world with the Kingsbridge Historical Society at our

first meeting of 2018 at 7:00 on May 10th at the Riverdale Neighborhood House at 5521 Mosholu Ave Bronx, NY near 256th St (diagonally across from the Riverdale branch of the NYPL).  The meeting is free and open to the public and Street parking is available.

Seating is limited so please RSVP at info@kingsbridgehistoricalsociety.org.

Eric W. Sanderson is a Senior Conservation Ecologist at the Wildlife Conservation Society and adjunct faculty at New York and Columbia Universities.  He is the author of the bestseller about the historical ecology of New York, Mannahatta:  A Natural History of New York City (2009), and also Terra Nova:  The New World After Oil, Cars, and Suburbs (2013), and editor of three other books, including the recently published, Prospects for Resilience:  Insights from New York City’s Jamaica Bay (2016), about climate resilience along an urban coastline.  Sanderson is co-inventor of Visionmaker, an on-line ecological planning forum for New York City.  He has published more than 60 peer-reviewed articles or book chapters in ecology, remote sensing, and conservation biology.  He led the team that mapped the human footprint on Earth at 1 km scale for the first time and recently contributed to an effort to update the map 15 years later.  In addition, he has contributed to planning efforts for many wildlife species, including jaguars, tigers, American crocodiles, North American bison, snow leopards, tapirs and peccaries; and developed a wildlife based conservation planning framework at the landscape scale (Landscape Species Approach).  His work has been profiled in The New Yorker, National Geographic, the New York Times, National Public Radio, El Mundo, Canadian Broadcasting Corporation (CBC), The Times (London), and other media.  He currently serves on the board of the Natural Areas Conservancy, a non-profit focused on the conservation of the green and blue natural areas of New York City and the Executive Council of the Science and Resilience Institute at Jamaica Bay, also in New York.  Sanderson earned a Ph.D. in Ecology (1998) and a B.A.S. in English and Biochemistry (1989) at the University of California, Davis.  He is also an Eagle Scout (1985). 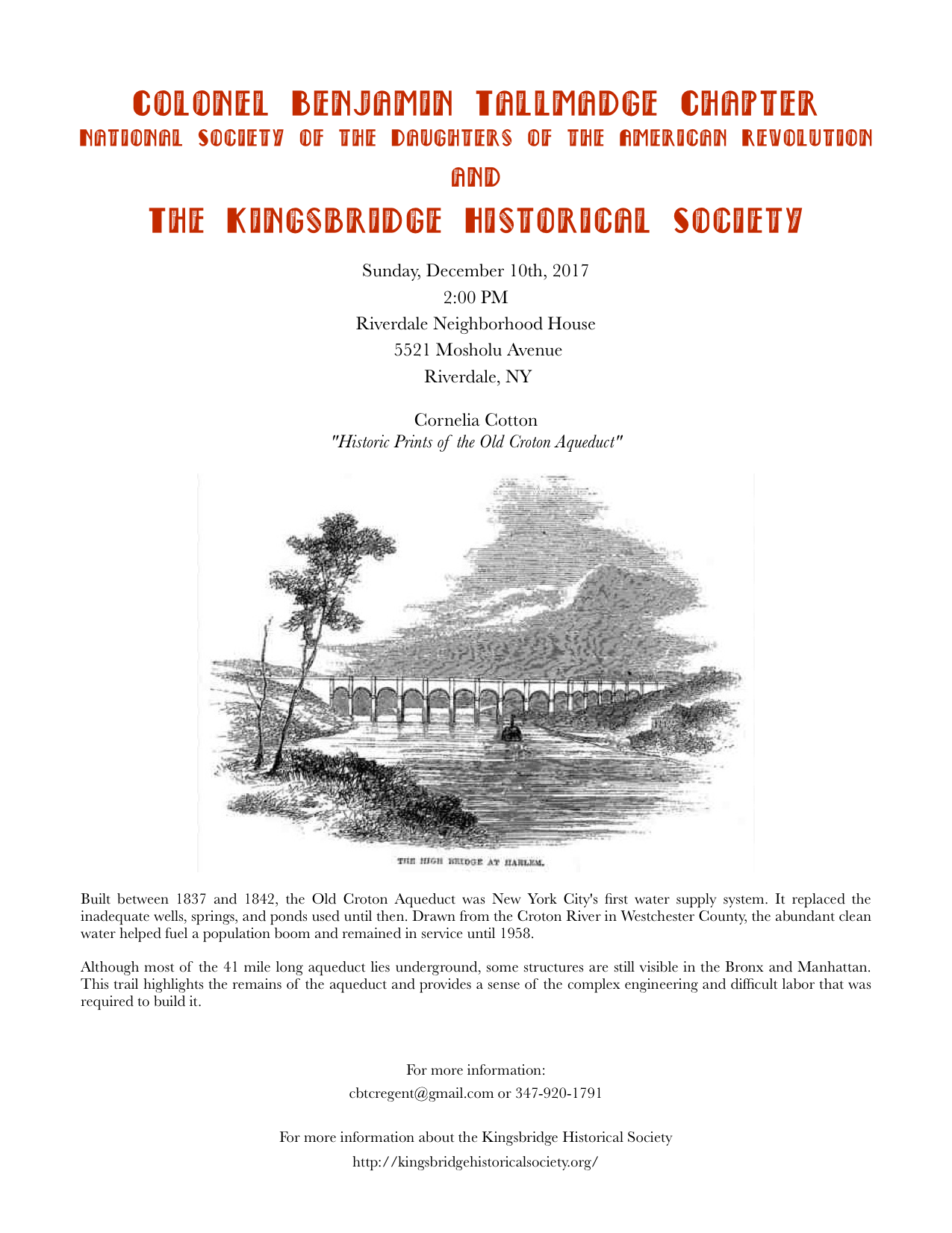 The Kingsbridge Historical Society (founded 1949) will be holding its first meeting for 2017 on Thursday May 18th at 7:30 PM at the Riverdale Neighborhood House. The presentation is free and the public is invited.

The subject will be The History of Riverdale, Kingsbrige, Spuyten Duyvil & Marble Hill in maps. The presentation will be by Nick Dembowski of the Kingsbridge Historical Society. Discover the natural features hidden under the urban landscape that made the area a land of plenty for Native Americans, a defensive stronghold for revolutionary armies, and a base for industry. Trace the evolution of the neighborhoods over the centuries looking at rarely seen maps and images. What remains from the days of early colonial settlers? What has vanished without a trace? Come and discover.

The Riverdale Neighborhood House is located 5521 Mosholu Ave Bronx, NY near 256th St and diagonally across from the Riverdale branch of the NYPL. Street parking is available. Please also view our web page at KingsbridgeHistoricalSociety.org 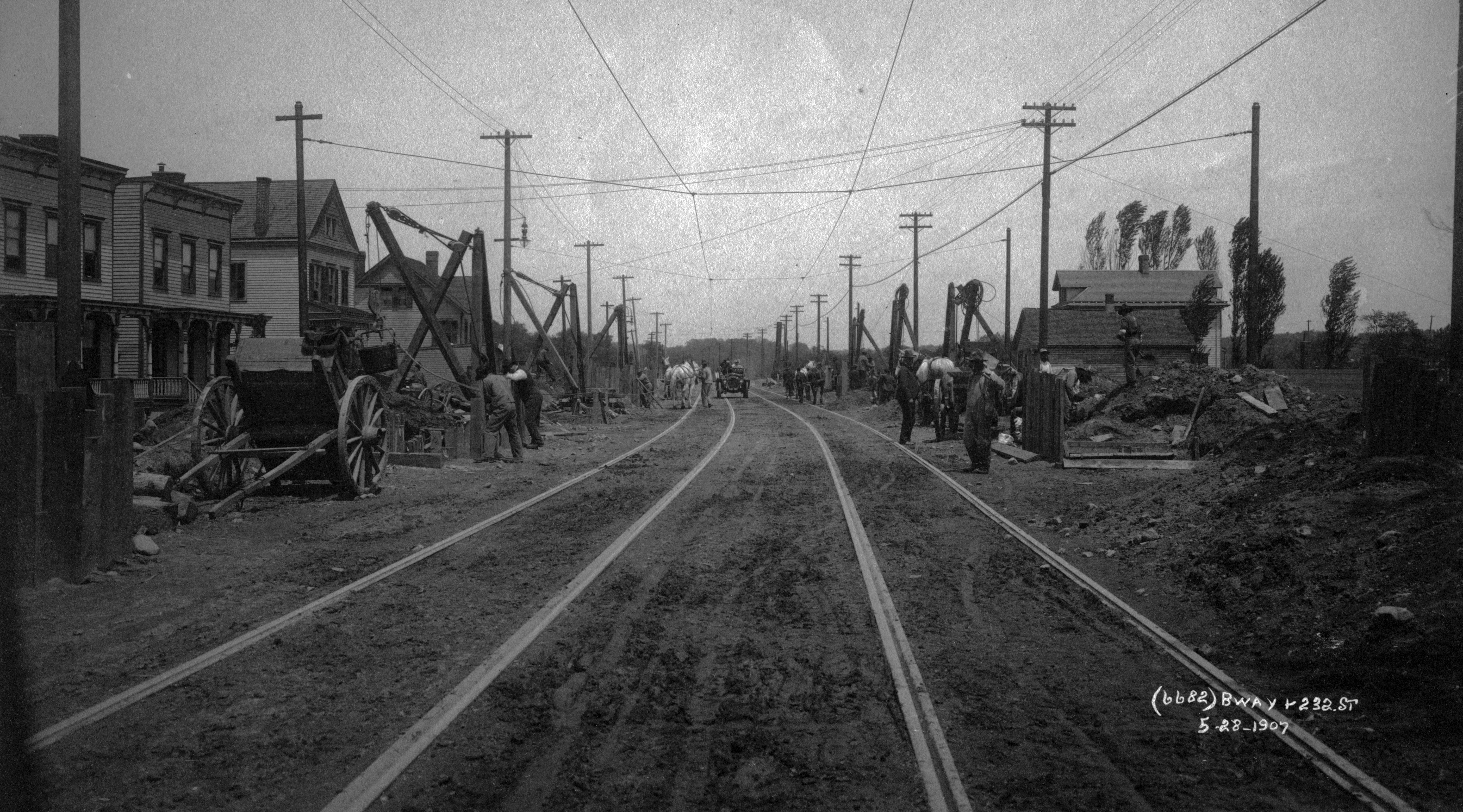