A reader just sent me this link to the Museum of the City of New York’s collection of photos of the old Hutchins estate.  There are some great shots of the mansion, which had a nice view over the valley of Kingsbridge to the east:

The below photo appears to show the stone barn on the right and another smaller building on the left: 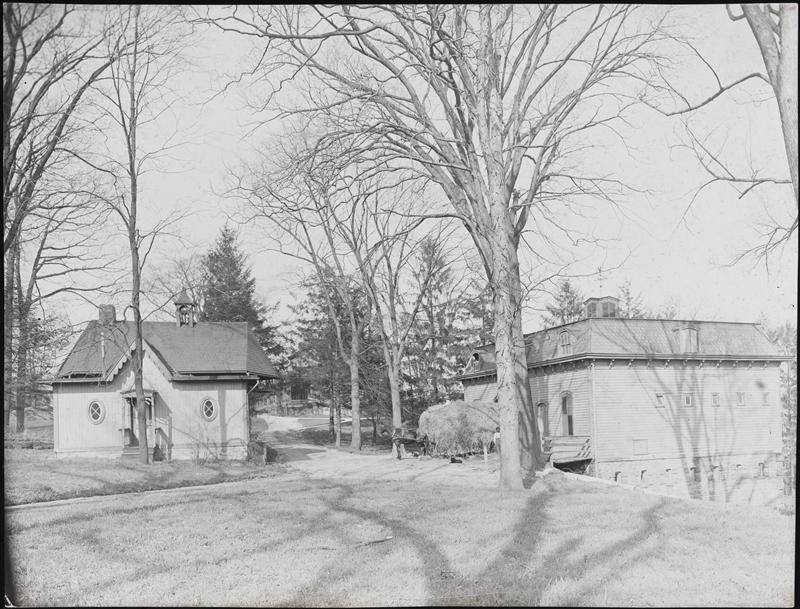 I believe those are the two buildings shown below on the Waldo Hutchins estate sale map:

I am reasonably sure that both the mansion and the barn are depicted on this British intelligence map from the revolution.  Hessian soldiers were stationed in the buildings for much of the war.