To circle back to the beginning of the thread, I got an email from Michael Tynan stating that the Land and Sea Restaurant was originally Arthur’s Modern Diner.  I found plenty of references to it in the Riverdale Press (although the picture quality is not great): 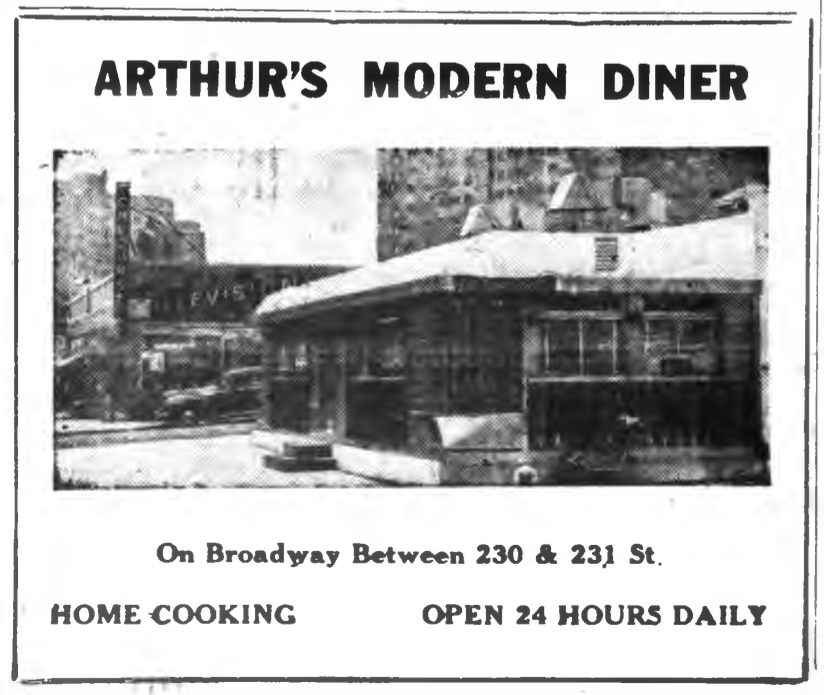 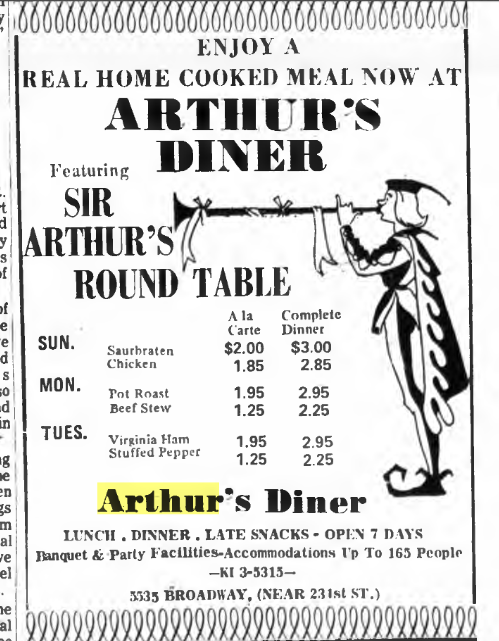 Getting back to the sewers, it is funny that I read that 1905 article and the cost didn’t really dawn on me but yeah, that is A LOT of money.  I get the impression that one of the reasons why Kingsbridge voted to separate from Yonkers in 1873 was that many people wanted this work done and the city of Yonkers couldn’t afford to or didn’t want to do it.  The Yonkers government was more focused on the Village of Yonkers, which was what they called today’s downtown Yonkers.

Today we have a greater appreciation for natural waterways and the benefits of salt marshes, which were very prevalent in Kingsbridge.  And I am sure some local people treasured the natural ecology as there are many stories in the papers about fishing, crabbing, and people enjoying the water.  Many photos show small boats pulled up along the banks of the creeks and many people wrote about the area’s natural beauty.  But there were also stories about kids drowning, bridges in need of repair, the desire for a “water works,” and the benefits of dry land for development.  No doubt certain parties stood to make a lot of money from the building boom that could occur once the swamps were gone as well.  And then there were events like this, which probably did a lot to sway public opinion in favor of draining the marshes:

Some of the issues were presented in the below article from the Feb. 8, 1869 issue of the Yonkers Statesman if you feel like straining your eyesight: 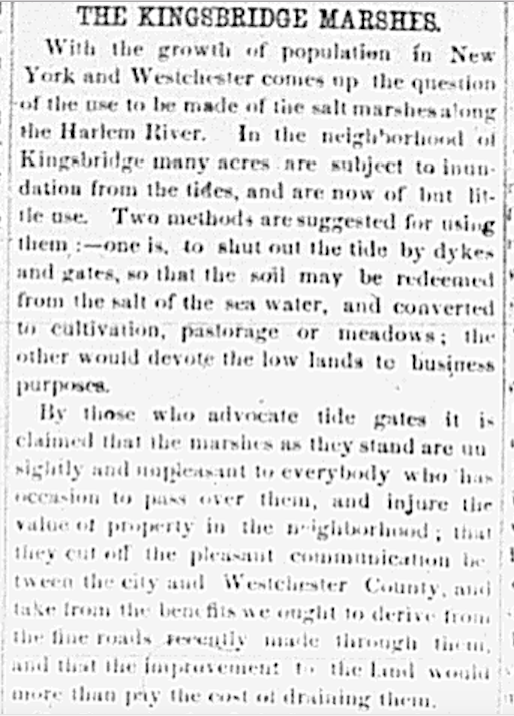 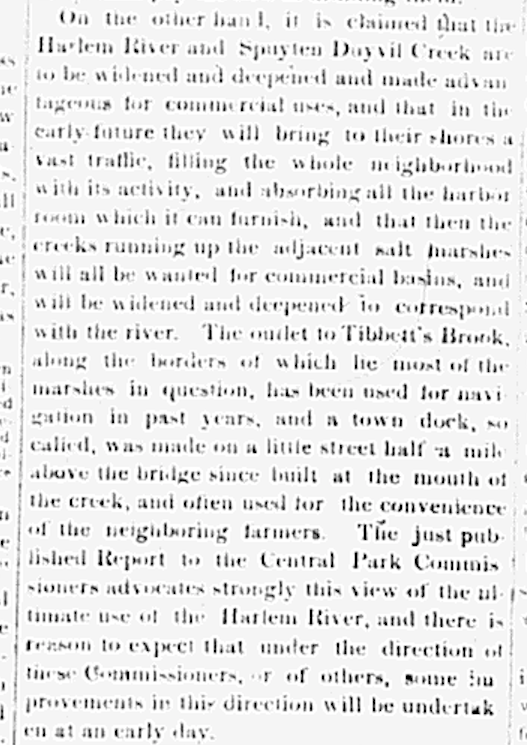