I am thinking that image has to be looking east from a boat on the Hudson.  You are looking over the railroad causeway toward the foundry which was on the peninsula jutting out from what is today the “C” Rock.  There was still no railroad on the north bank of the Spuyten Duyvil Creek in 1856.  That line, the Spuyten Duyvil and Port Morris RR, was built in the early 1870s. 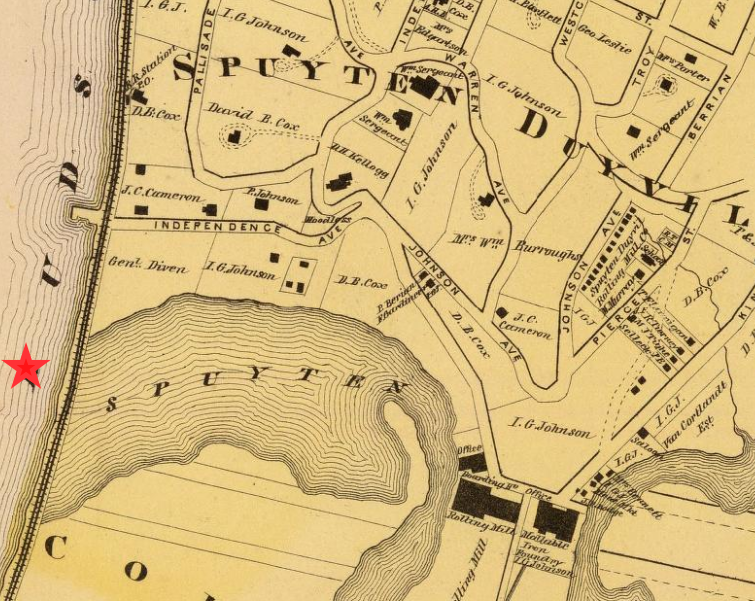 I think the view is from about where the red star is on the above 1868 map.  Many of the large property owners named on the map were the industrialists involved in the foundry work.  All the names mentioned below in this 1855 New York Times notice can be found living on Spuyten Duyvil Hill.