January is over so it is time to reveal the location of the photo.  Does this look familiar? 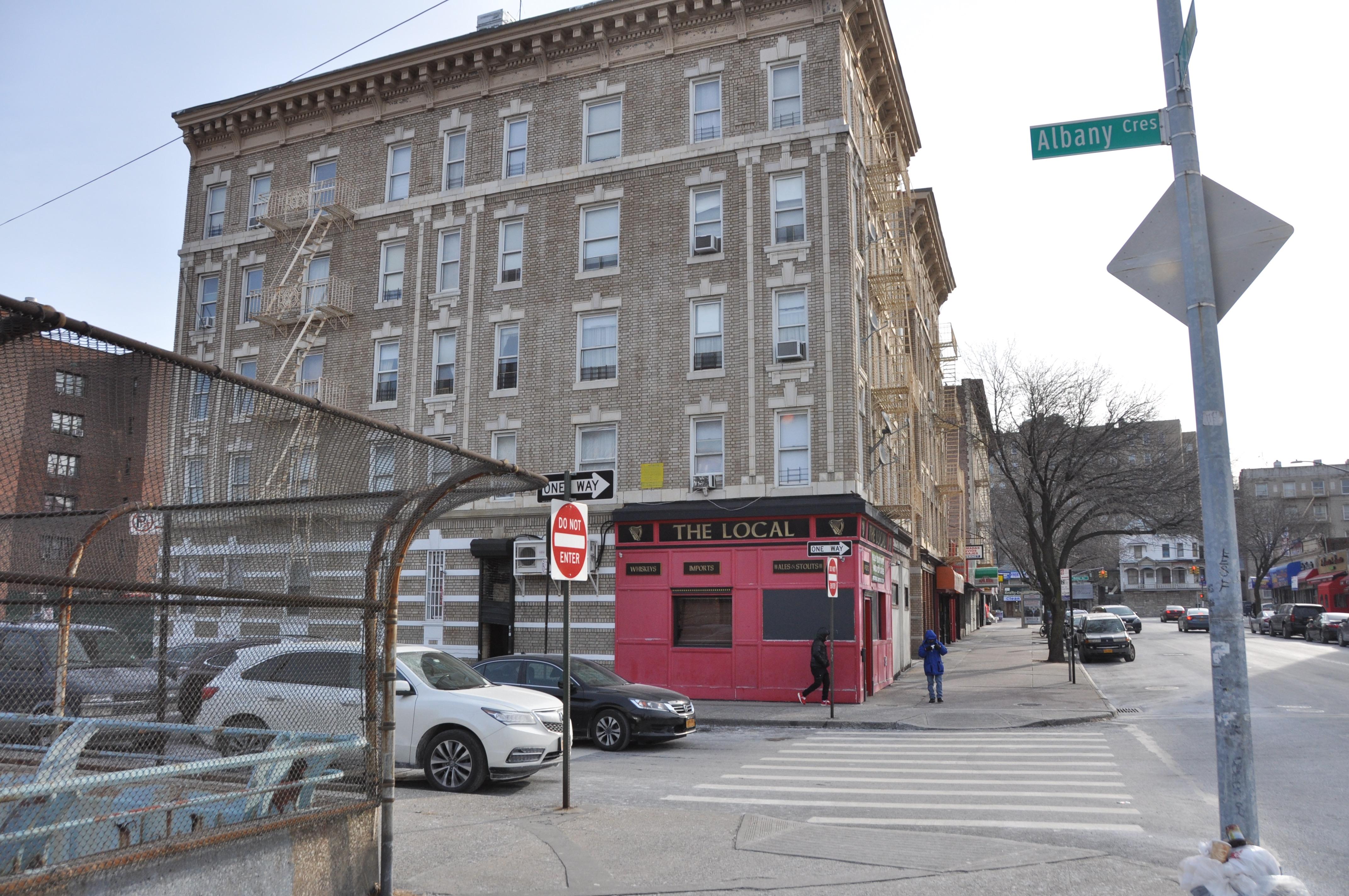 It is the intersection of W. 231st Street and Albany Crescent, looking East toward Bailey Avenue.  If you have been in the neighborhood a while, you may know this corner as being across the street from the Piper’s Kilt, which is now the Bronx Public.  Now check out a photo from today side by side with the old photo:

I think what made this one really tricky was that the building in the foreground is not longer standing.  It was demolished for a Major construction project–the Major Deegan Expressway.  Here is an earlier shot (looking west toward Broadway) of that building, which was home to Robert’s bookstore, Tynan’s hardware, and the Van Cortlandt Democratic Club: 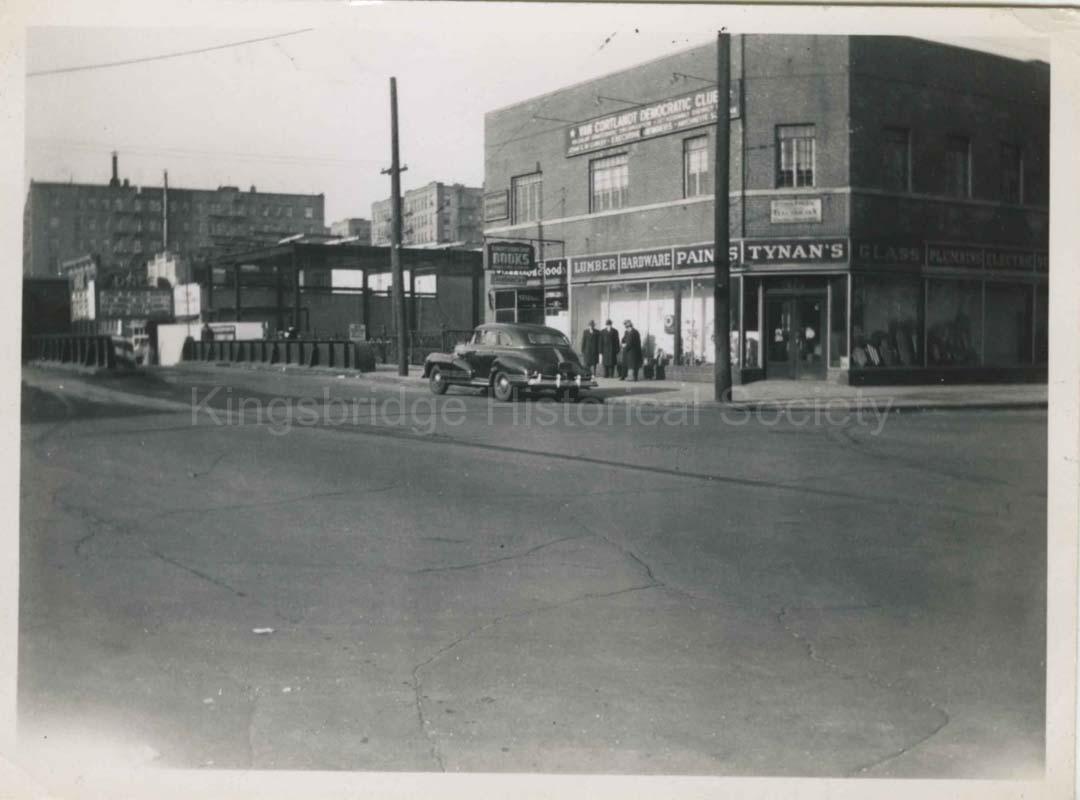 You really had to zoom in on details in the background to figure it out what you were looking at:

All of the buildings in the background are still standing, including a house that you can barely make out in the distance on Bailey Avenue.  Here is that house today: 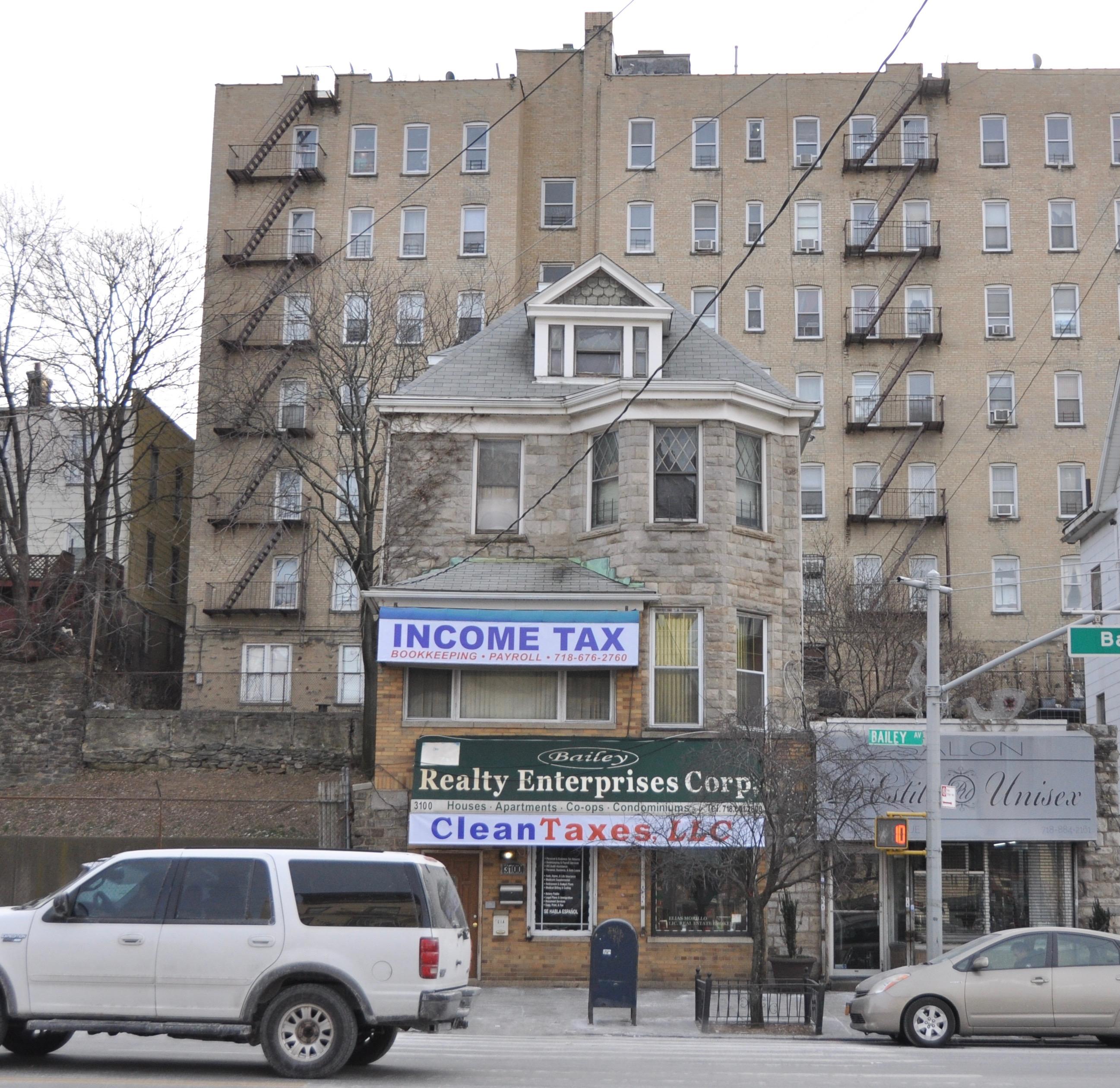 That house has been there for a very long time.  You can see it on the right side of the below photo, which is looking east on 231st Street toward Bailey Ave.  “The Local” bar was then a soda fountain. 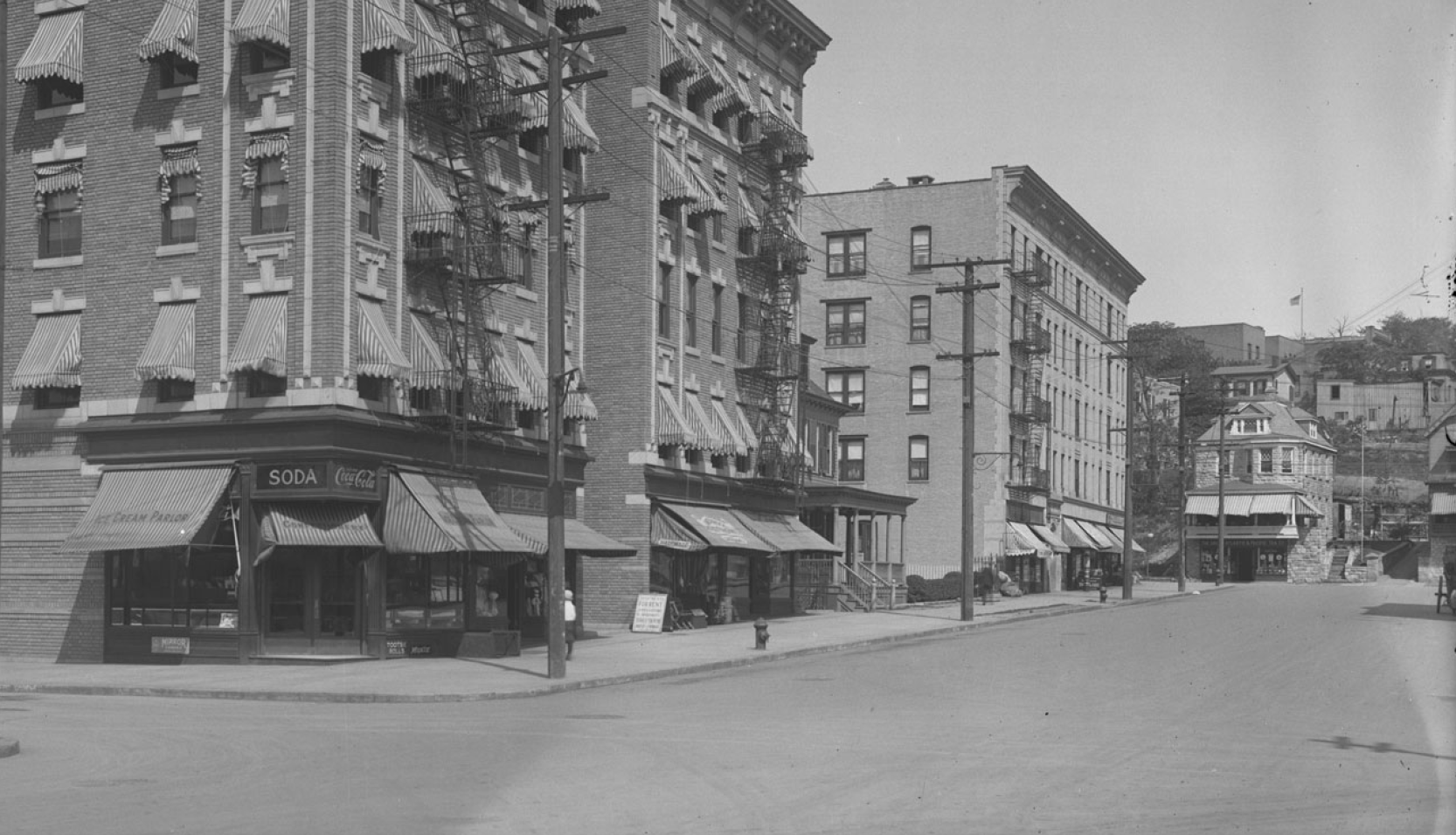 You can even see that same house (upper right) in the below 1909 image of 231st Street during the construction of the sewer system.  Rather than digging out a trench for sewer pipes, the sewer was built well above street level.  The manhole covers are easily 15 feet above ground–sticking out like chimneys.  The street level was then raised, except for the viaduct for the railroad and Major Deegan Expressway. 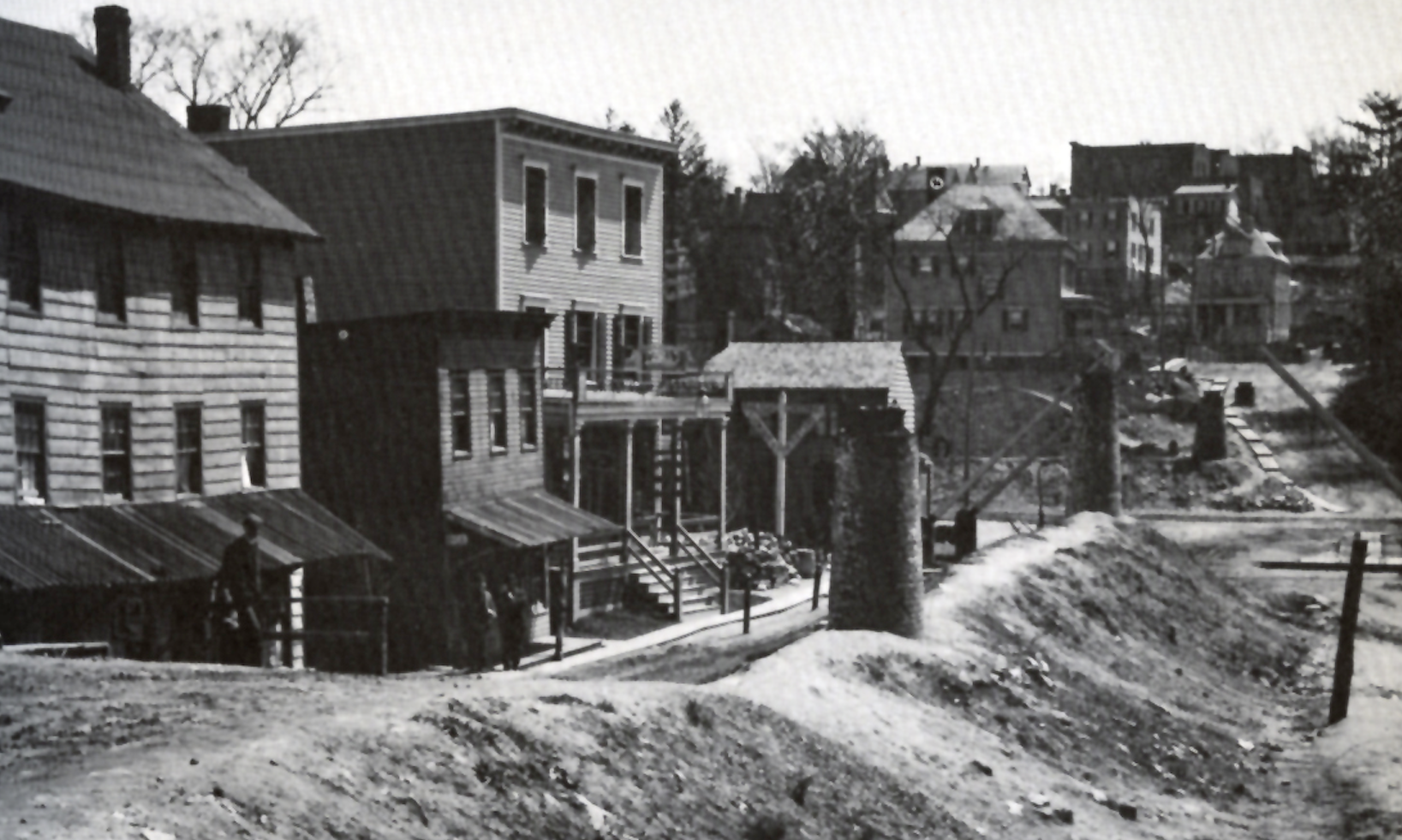 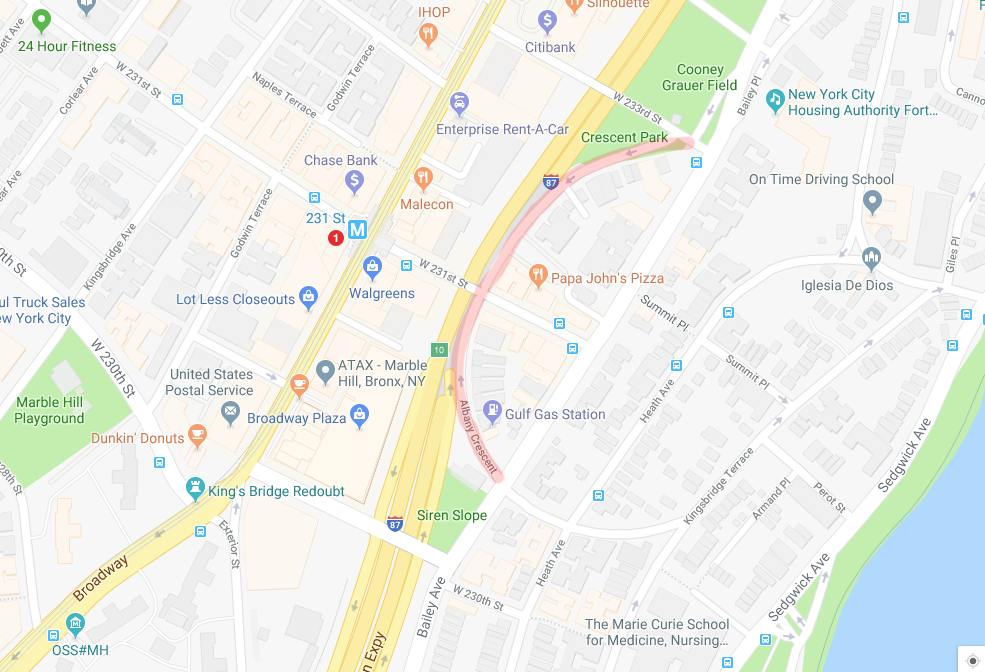 The intersection of W. 231st Street and Albany Crescent is where the Boston Post Road met the Albany Post Road.  These were two of the oldest and most important roads in the colonial period.  Coaches from Boston or Albany would pass through this intersection and cross over the King’s Bridge to Manhattan at today’s W. 230th Street and Kingsbridge Avenue.  Here is a revolutionary era British intelligence map showing the same area: 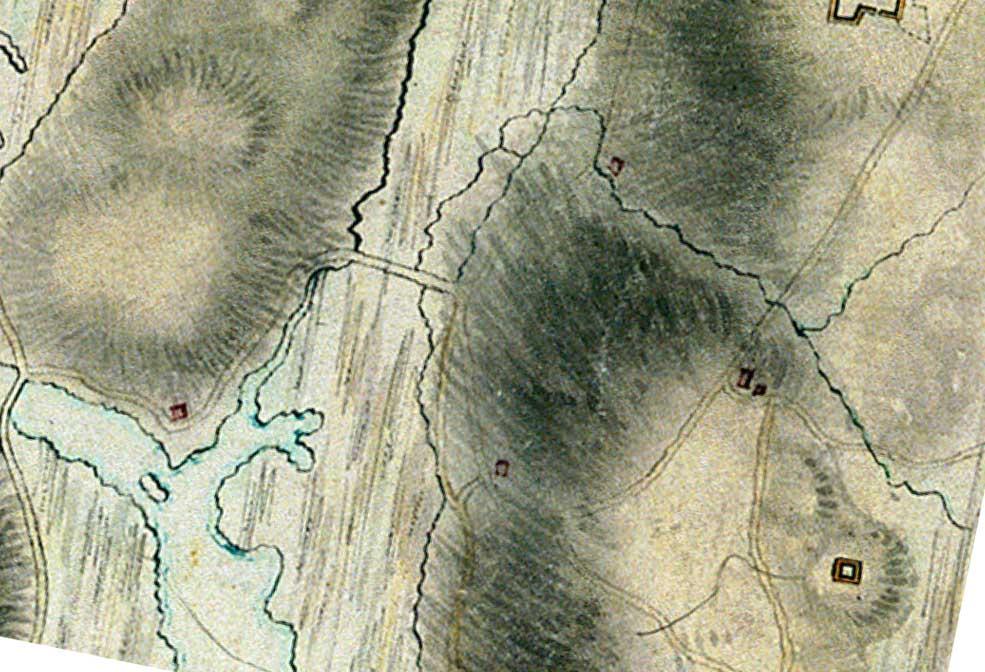 It is not exactly easy to make out Albany Crescent so here they are side by side with the roads highlighted:

KHS member, Tom Casey, calculated here that Paul Revere travelled through that intersection and over the King’s Bridge 10 times.  How many people walk past those corners not realizing the streets are over 300 years old!

Thank you for everyone that participated in the photo contest.  We will have another one soon.  I have uploaded more old photos of these streets to the “members area” of the website.  If you are a member you can view them by logging in to the site.  If you are a member but you do not have a password, or have forgotten it, please let me know and I will send one to you.