The following article appeared in the August 1935 issue of the Riverdale News as a continuation of the memoir of 19th century resident, J.B. James.

Images added by Nick Dembowski, who transcribed the memoir.

Since the completion of my previous sketches of old times in the Riverdale neighborhood, I have been asked whether I could not continue them and relate incidents which may have been inadvertantly [sic] omitted, or omitted for want of space. As there were many such, that I can recall, and as the public has given such a kind reception to my contributions in the NEWS, I am glad to be able to continue.

A most exciting and deplorable event which occurred before my time but of which I had an account from older inhabitants, was the burning of the steamboat “Isaac Newton” in the Hudson, off Riverdale. She was supposed to have been racing with another boat, and caught fire from overheated furnaces. She was run into the river bank but not before many passengers had been burned to death or drowned by jumping overboard in the endeavor to save themselves. Several were saved by being pulled out of the water by a large dog–some say a Newfoundland, and some a Saint Bernard–owned by the family of the late Charles Babcock.  It was a most distressing catastrophe, and a full account of it was given in the press at the time.  Possibly some of my older readers may know where to look for it. A few years ago, I saw an account in one of the New York papers of the unearthing of a number of skeletons when some grading was being done on the grounds of a house on the river bank a short distance north of the present railroad station. They were supposed to be the remains of unidentified persons who perished in the disaster, though it is possible they may have been those of Indians1. The burned hulk of the steamboat was probably removed by the Government as a menace to navigation; at least I never saw any trace of it in my frequent visits to the river for a swim. And speaking of swimming reminds me that my father insisted that my brother and I should learn, so in the summer evenings we were sent over to the river in charge of the gardener, who was a good teacher, and soon became proficient in the art. Swimming became a popular sport with all my friends, and the little beach north of the flagstaff was our gathering place on hot afternoons. Here, eventually, we had a bathhouse built by general contribution. It was small–about six feet square, but served our purpose very well.  It was in use several seasons but was finally ordered off by the Hudson River Railroad, claiming it trespassed on land belonging to it. 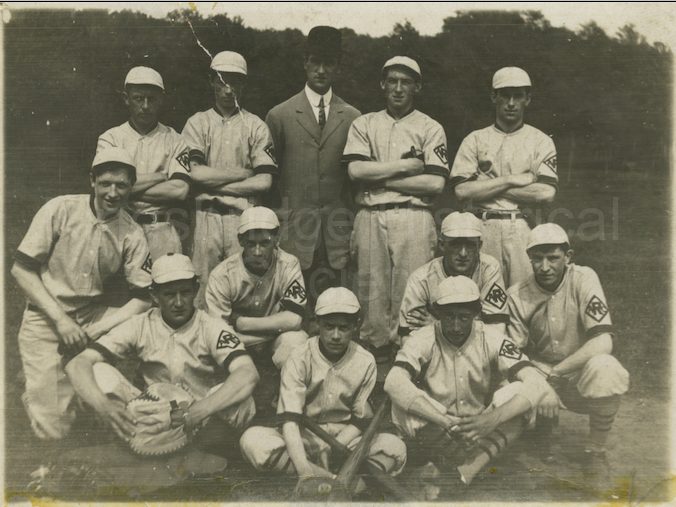 The outdoor amusements consisted principally of baseball and croquet, the latter being then in the height of its popularity. Every house, with a piece of level lawn, boasted a croquet ground and parties were of frequent occurrence.  There was some rowing on the Hudson, but it was confined to members of the Boat Club which had its boathouse at the north end of Riverdale dock. There was a baseball club at Riverdale and one at Spuyten Duyvil, and matches were played between them, usually on a level piece of land at the Spuyten Duyvil belonging to the Cox Estate [This is the same field in Henry Hudson Park where the South Riverdale Little League plays today]. Here also were held athletic games, which were quite important events socially. This was before the days of lawn tennis, which grew fast in popularity. The first tennis court and set I ever saw, and I believe the first to appear in this section, was on the lawn of the Polo Club at Jerome Park, the racing association situation on Jerome Avenue to the east of Kingsbridge Heights. It was organized by the late James Gordon Bennett and several other young men of wealth and fashion, and polo was played there for several seasons. The club had an attractive clubhouse with a handsome ballroom, where Mr. and Mrs. George H. Bend, of Riverdale, gave a cotillion, an elegant and fashionable affair. The club, I think, the introducer of polo in the United States. Together with the race course, it lasted only a few years, and there lay idle until purchased by New York City as a site for the present reservoir. Golf was first introduced to this neighborhood by a small, private club which laid out a nine-hole links in Van Cortlandt Park having that privilege in consideration of allowing the public to play upon it certain days in the week when it was not being used by the members. The oldest golf club in the country was that of Saint Andrews, at Yonkers; formed by the late John Reed.  The links at Van Cortlandt eventually came under the sole control of the City, and extended to the present 18-hole course. I have previously mentioned the Riverdale Archery Club. 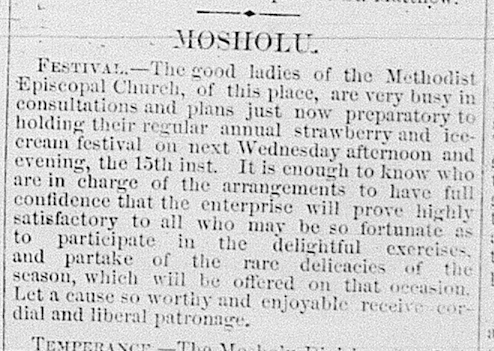 During the summer, the younger generation duly attended the strawberry and ice-cream festivals held in the little Methodist Church, and in the autumn formed nutting parties in the Van Cortlandt and Delafield woods where chestnuts were plentiful. Alas! Every chestnut tree has disappeared. Killed by the blight. As previously mentioned in a former paper, there was not much doing of a social nature, or for amusement during winter, coasting and skating being the principal diversions, the latter becoming so popular as to result in the erection of a small clubhouse, and the formation of the North End Club. The house was built on the south shore of Van Cortlandt Lake just east of the railroad. It was not much as to architecture, but had a stove and janitor, and on Saturday afternoons one of the lady members served tea. We enjoyed the little clubhouse for several winters, until the park commissioners ordered it removed.

Three events of unusual interest should be mentioned: The first was a Fourth of July celebration in Riverdale Park, to which all the residents subscribed. In the morning the old gentlemen foregathered, made speeches and drank punch, in the afternoon there was music and dancing on a platform for the young folks, with ice-cream and cake, and in the evening a handsome display of fireworks.  Everybody attended, and had a most enjoyable time. I am not sure of the date, but think it was 1876–Centennial Year. The second event was the Bachelor’s Ball given in 1889 by the unmarried gentlemen of Riverdale, in the public library. It is unnecessary to state that it was well attended, the music and refreshments excellent, and the ladies voted it a great success.  The third was the celebration by the Colonial Dames of the State of New York of the 150th anniversary of the landing of Governor Peter Stuyvesant on Manhattan Island, at the Van Cortlandt Mansion, on May 27, 1897. The house was decorated with the national, city and Dutch flags, and many city and State officials were in attendance, with speeches made by prominent persons. The gathering was confined mostly to members of the society, and few outsiders were invited. It was a most distinguished affair, and excited considerable gossip in the neighborhood.

(To Be Continued in Our Next [issue])

1 – The area described here seems to be very close to the location of an archaeological dig performed in the 1980s by Valerie de Carlo. See Digging The Bronx by Alan Gilbert for more on this study. 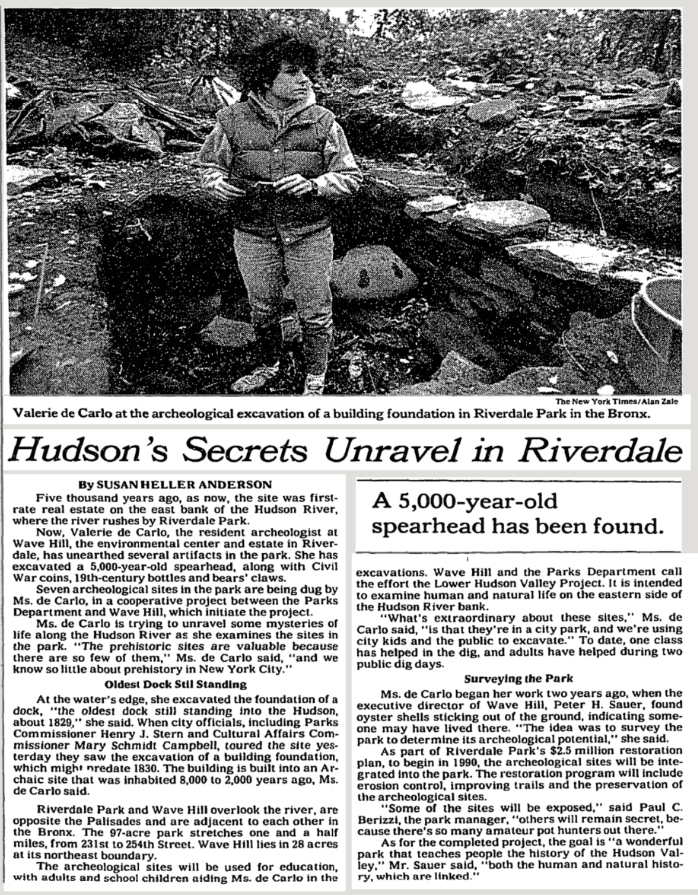