The parkway followed the course of Stony Brook.  It looks like the City acquired that land in an unusual manner, perhaps condemnation, from Hiram Barney as Barney filed a claim against the City as did other neighborhood residents (from the 1/20/1883 City Record): 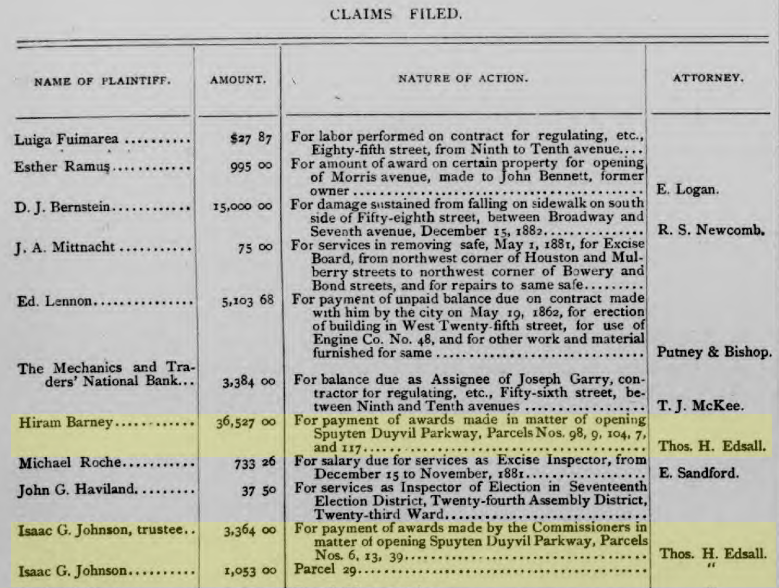 Interesting to see that the neighborhood folks seeking claims from the city were represented by Thomas Henry Edsall, the area’s first local historian.